Medical officials are afraid that diseases can very quickly spread and become outbreaks because we live in an interconnected world. This is exactly why Santa Barbara forces are trying to avoid the spread of Tuberculosis. Authorities of the Santa Barbara Health Department have just released an arrest warrant for a 24-year-old tuberculosis patient who decided to stop taking his medication. 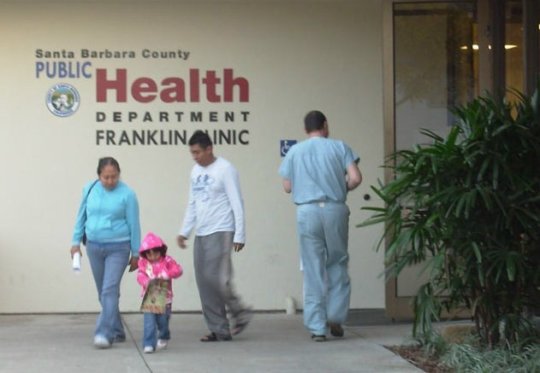 His name is Agustin Zeferino and he was being treated for multidrug-resistant tuberculosis (MDR TB). He discontinued treatment approximately two weeks ago. As a result, the Santa Barbara County Health Department specialists concluded that he poses a serious threat to anyone that comes in contact with it.

“With appropriate treatment tuberculosis can be cured. Without treatment, it is often fatal and poses a public health threat due to airborne transmission. This is particularly true for drug-resistant cases. If Mr. Zeferino is contagious and he is out in our community, it is a public health emergency.” – Dr. Charity Thoman

Medical specialists also say that multidrug-resistant tuberculosis is a form of tuberculosis which resists primary drugs (like rifampin and isoniazied) administered during the treatment of regular tuberculosis. Also, according to the Centers for Disease Control and Prevention (CDC), approximately 1.3 percent of all tuberculosis cases become multidrug resistant ones. Sadly, these cases are increasingly difficult to treat and they represent a real threat to patients and community.

“We do everywring we can to enable and give parents incentives to be compliant with receiving treatments. This is the most dangerous form of tuberculosis and it can be life-threatening if it gues untreated.”

We still do not know why Zeferino decided to discontinue treatment, but health officials have made it very clear that he already had receved extensive information and medical consultation on the matter. Although health officials cannot force a patient to accept treatment, they have the necessary authority to contain him if he is a threat to the general population. For example, federal isolation and quarantine are authorized for specific communicable diseases like diphtheria, cholera and infectious tuberculosis.

This is not the first situation when a patient is arrested for refusing treatment. Eduardo Rosas Cruz was apprehended in Fresno after refusing treatment a month ago. Zeferino may have stopped his treatment two weeks ago, but he will probably also be taken in by officials to ensure that the bacteria does not spread to innocent bystanders.