You are here: Home / Health / Clockwork No-Battery Pacemaker About to Revolutionize Cardiology 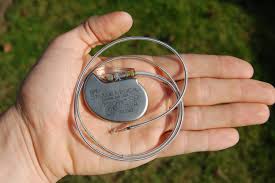 Imagine a heart pacemaker without any batteries. How would that be? Well Swiss engineers who have been busy little bees and have created the world’s finest watches are now trying their hand at cardiology. These engineers have developed a battery-less pacemaker prototype that is based on  sef-winding wristwatches.

A pacemaker is a device that is sewn under the skin and uses electrical currents to ensure that the heart beats regularly. It is usually necessary in patients with heart rhythm problems or heart blocks and offers a lifeline for those patients who would otherwise be doomed. However, one limiting factor is the need for battery power- a new surgical intervention is required every time the batteries need replacing.

Adrian Zurbuchen of the cardiovascular group at the University of Bern may have found a possibility of getting around this problem with a device that Swiss watchmaker Abraham-Louis Perrelet developed in 1777. He analyzed the self-winding mechanism and tried to translate it into cardiology.

As a result, he came up with a system that automatically winds itself using the movement of the heart muscle. The pacemaker will generate electrical currents thanks to the continuous movements of the heart muscle and to do so, it must be stitched directly on the pulsating heart.

Zurbuchen has experimented only on pig hearts until now, but the experimental system shows great promise. At the European Society of Cardiology meeting on Sunday, Zurbuchen explained that he had successfully regulated pig’s hearts at a regular 130 beats per minute.

Describing his work, Zurbuchen said that the study was definitely feasible and that he had shown beyond a shadow of a doubt that the power of the heart’s own motion can provide the power needed to pace itself.

Zurbuchen’s research is still in incipient stages and there is yet no scheduled begin time for human testing. However, Zurbuchen has agreed that it may be a good time to start looking for possible partners to his study, as he hasn’t yet discussed potential industrial partners.

There have been several studies that have addressed pacemakers- specifically how to transmit power through the body from external sources and rid doctors of bacterial complications with pacemakers by doing so, but Zurbuchen’s idea is groundbreaking.

Automatic watches (on which he based his research on) work correctly by having an eccentric weight that pivots constantly when the arm of the watch-wearer moves. A spring is therefore wound until the watch mechanism is fueled with power. Similarly, the pacemaker has a mechanical spring that spins an electrical micr-generator.