You are here: Home / National News / 4 of 6 Child Hostages Released in Harvey 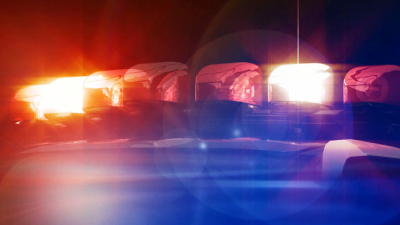 Negotiators have worked hard late into the night trying to convince two men barricaded in a home in a Chicago suburb to end conflicts with the police and release the last of the six children and the two adults they took hostage. 4 of 6 child hostages were released all in all.

The suspects barricaded themselves in a house after a foiled burglary Tuesday. The two men reportedly took a woman and children captive after Harvey police responded to a call of a burglary in progress at a home about 12:50 p.m. Tuesday. The two police officers were wounded after an exchange of gunfire.

As for the wounded officers, Darnell Keel, an 18-year veteran of the police force, was in stable condition at a hospital with a broken arm after the exchange of gunfire and was to undergo surgery, Harvey spokesman Sean Howard said. A second officer suffered a graze wound to an arm.

Authorities, including a SWAT team circled the entire block of homes and evacuated about 100 residents, according to Sean Howard.

Two adults and two children still remained hostages late Tuesday night, although authorities aren’t 100 percent sure regarding the accuracy of this information. While Howard said two children and two adults were still being held hostage by the gunmen, a spokeswoman for Cook County Sheriff Tom Dart would confirm only that two children were being held hostage and that four adults were inside the home. So the information is quite contradictory, because the men who took the hostages were not forthcoming with hostage negotiators. “These numbers change when you depend on criminals to give you information,” Howard said. “As these victims have come out, an 11-year-old was able to articulate what was going on at the scene.”

“We thank God that our officer was not injured more seriously than he was, and our major concern right now are the individuals inside the home, that’s what we’re focusing on right now, their safety,” Harvey Police Chief Denard Eaves said.

All the children who were released appeared to be in good physical condition.