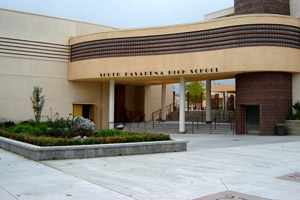 South Pasadena Police declared on Monday that they had stopped a mass shooting plot by arresting two teenagers who were plotting to kill several staff members and as many students as they could at the high school they were attending, the South Pasadena High School.

The Los Angeles suburb of South Pasadena has a population of a bit over 25,000 people and it is located in the West Saint Gabriel Valley. The police officers and detectives were tipped off to the plot by some administrators of the South Pasadena High School and they proceeded to get search warrants at the homes of the two suspects. This information was revealed to the public by the South Pasadena Police Department in a statement that was posted online.

The statement did not identify the two teenagers, nor did it reveal where they were being held into custody.

Enough evidence was discovered, and based on that evidence the two students were arrested.

The police statement continued with information about the detaining process. It said that the one of the teenagers was detained without any incidents, while the second teenager

[…] resisted arrest and officers had to force entry into his residence. He was captured in the home as he tried to run away from the arresting officers.

The police did not reveal any other details about the plan to attack the high school. All that they said was that the two teenagers were plotting to kill three staff members and as many students as possible with firearms.

This is a prime example of school officials recognizing suspicious behavior. It was this information that helped prevent a horrific tragedy.

Police are expected to disclose more details about the two teenagers and their planned shooting spree at a news conference that is set for Tuesday morning in South Pasadena.

According to the South Pasadena High School, a bit over 1,500 students are enrolled in the school.

The news about these arrests in California came only twenty one days after a similar case in Minnesota was dismissed by a judge. The charges of attempted murder and property damage were brought against a teenager accused of plotting a bomb attack, as well as a shooting on his high school. The prosecutors in this case stated that they are planning to appeal the ruling.

What are your thoughts on this matter? What do you think the sentence should be for these two teenagers? Share your comments with us in the section below, we would love to hear what you have to say on this subject!