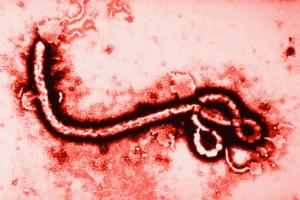 The latest news on Ebola reveals that another American person is being treated inside the United States for possible Ebola exposure. The only thing we know about the person is that it’s a man and he’s being taken care of in a Californian hospital.

It was further revealed that the man is being treated inside a specially equipped negative pressure room, isolated from the rest of the patients, inside the Kaiser Permanente South Sacramento Medical Center. The staff at the hospital is taking all the precaution measures to make sure that there is no risk for the disease spreading. They are using protective equipment and are permanently in talks with infectious disease specialists to make sure they provide the best health care for the man who is suspected of being infected with the Ebola virus.

Dr. Stephen M. Parodi, who is the director of hospital operations at the Kaiser Permanente Northern California, released a statement in which he made public the above information.

The blood of the patient will be tested by the Centers for Disease Control and Prevention to determine whether or not the Ebola virus is present.

The hospital states that all the precaution measures are being taken to ensure that the staff and the rest of the hospital patients are safe. The man suspected of being infected with the Ebola virus is receiving all the necessary treatment until the test results come back and the diagnosis is confirmed or infirmed.

This isn’t the only Ebola scare the United States have had; earlier this month a patient was admitted to the Mount Sinai Hospital in New York City with a high fever and gastrointestinal symptoms. He was tested for the Ebola virus and fortunately, the results came back negative.

The other two infected Americans, who were infected with the Ebola virus in Liberia and are currently being treated in Atlanta are doing well and are recovering.

No other information was released about the identity of the man and how he might have contracted the deadly disease. Ebola has now known cure or vaccine. We will keep you posted about this case.

What are your thoughts on this issue? Do you fear a possible outbreak in the United States? Do you believe that such a thing would be possible? Share your comments with us in the section below, we would love to hear from you!