You are here: Home / Health / Breast Cancer Rates not Influenced by Osteoporosis Drugs

There had been some indication in previous studies that osteoporosis medication would also have the added benefit of reducing tumor rates. The latest study contradicts that claim.

Bisphosphonates have been connected to a lower risk of breast cancer in several previous studies that had involved tens of thousands of women. New research, however, that has been published on Monday in JAMA Internal Medicine shows that there is no proven connection between the popular osteoporosis medication and tumor prevention. 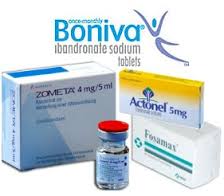 In previous observational studies, doctors noticed that the women who had been taking alendronate or zoledronic acid to treat osteoporosis also showed lower breast cancer rates when compared to women from the same age groups that weren’t on that specific medication. Researchers then concluded that the biological evidence that would support that association was the fact that bisphosphonates hamper cancer cell activity and correlate with lower cell death rates.

Researchers, however, weren’t completely convinced and wanted to determine if there wasn’t something else that these women were doing that explained the lower cancer rates. Consequently, they conducted studies in which women were randomly assigned to either bisphosphonates or placebos and then followed their evolution over the course of four years. Doctors noticed that there was no difference between the women who had been taking the placebo compared to those taking the drug when it came to breast cancer rates.

So researchers naturally wondered why there was a connection in previous studies. Trisha Hue, an epidemiologist at the University of California, explains that previous studies had been observational studies and as such, they were not randomized. As such, researchers couldn’t account for any additional aspects that would differentiate the drug-taking group from the other group. She added that estrogen concentrations in the blood of women taking in bisphosphonates are significantly lower than in women not taking in the drugs, and estrogen fuels hormone growth. As such, bisphosphonate users had lower cancer rates to begin with, and the studies only attributed these low rates to the intake of bisphosphonates.

There were also other allegations in 2011 that these osteoporosis drugs also could increase the risk of very rare bone fractures in strong bones such as the femur.

The take home message according to Hue is that these drugs work effectively when prescribed specifically for the condition they were developed for. As such, they shouldn’t be taken for the primary prevention of any types of cancer, even breast cancer.