During a news conference on Sunday, Chief Jon Belmar of the St. Louis County Police declared that a black teenager was fatally shot during an altercation with the police. Michael Brown, 18, was killed by a police officer in a suburb of St. Louis. According to the police officer, Brown physically assaulted an officer. He pushed him into the vehicle, they struggled inside and at some point the teen reached for his weapon. A shot was fired inside the vehicle, but it did not hit the teenager. 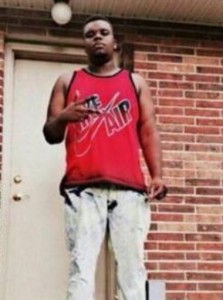 He died to a fatal gunshot wound outside the car, approximately 35 feet away from it. Official reports also say that multiple shell casings were found at the scene of the crime, which means that the officer tried several times to hit the teen. An exact number of shots has not been determined, but all the shells were delivered from the officer’s weapon. Chief Jon Belmar also confirmed that Michael Brown was not armed.

A medical examiner was called to determine how many times the teen was shot, but the toxicology report will only be available in a few weeks. St. Louis County NAACP called on the FBI to investigate the crime because they wish to “protect the integrity of the investigation”. John Gaskin, of the NAACP also referenced the racially-charged shooting of a 17-year-old teen by a Florida neighborhood watch organizer. The watch organizer was acquitted of all charges. He also alluded to the death of a New York man who was confronted for selling cigarettes on the street. As a response to this news, Chief Belmar declared that it is not unusual for the FBI to become involved with such investigation, but they might intervene later.

“With the recent events of a young man killed by the police in New York City and with Trayvon Martin and with all the other African-American young men that have been killed by police officers… This is a dire concern to the NAACP, especially our local organization.” – John Gaskin

Although some people have suspicions about the crime, the officer who shot Brown had been with the department for over six years and he wasn’t involved in any problems. At the moment he is on paid administrative leave. He was already interviewed on Saturday, but he will probably be questioned again later. The officer will also undergo at least two psychological evaluations, to determine if he can return on active duty.

In the meanwhile, angry residents are gathering in the street and shouting “Don’t shoot.” And “kill the police”. There have also been reports of disgruntled relatives talking to their neighbors. Louis Head, the stepfather, held a sign that said: “Ferguson police just executed my unarmed son!!!”.