You are here: Home / National News / Before Landing in Seoul, Pope Francis Sent a Message of Good Will to China 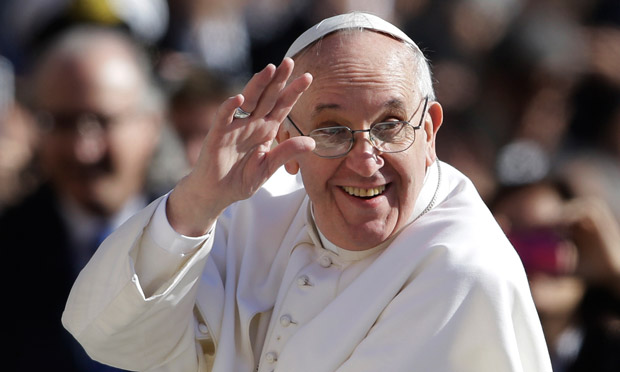 Before landing in Seoul, Pope Francis sent an unprecedented message of good will to China on Thursday. Apart for mutually congratulating each other upon both their being elected, the relationship between Pope Francis and Chinese President Xi Jinping has supposedly been very quiet.

President Park Geun-hye greeted Pope Francis upon his arrival at Seoul Airport in Seongnam, Gyeonggi Province, before he headed to the presidential office of Cheong Wa Dae where he had been scheduled to attend an official welcoming ceremony.

The Pope left the airport in a small black Kia Soul car that many South Koreans would definitely consider too small and humble for a globally powerful figure. One South Korean user tweeted: “The pope rode the Soul because he is full of soul.”

Pope Francis brought the term The People’s Pope to a whole new level, as he has repeatedly encouraged priests around the world to travel in low-key cars. Hie predecessors however used to ride in their famous “popemobiles,” that were bullet proof.

The Pope always sends telegrams to the leaders of countries as he passes through their airspace, and he made no exeption wher China was concerned. The fact that he is being allowed to cross Chinese airspace at all is indeed a great progress relations between the Vatican and China, which have had issues regarding which side gets to name bishops.

“This is a sign of detente, for sure,” said Father Bernardo Cevellera, head of the Rome-based AsiaNews agency and a specialist in the Catholic Church in China. “But the real miracle would be if Xi Jinping responds with his own telegram, and what he says”.

The Argentine pope left Rome for South Korea on Wednesday afternoon, and during the six-day trip he will hold a “Mass for Peace and Reconciliation” in the Myeong-dong cathedral in Seoul, the capital.

In the meantime, according to South Korea’s Ministry of Defence, communist North Korea fired three short-range rockets off its east coast shortly before Pope Francis arrived in Seoul.

The rockets were fired from multiple launchers in the North Korean port city of Wonsan and travelled 35 miles before landing in waters east of the Korean peninsula. The launches came ahead of U.S.-South Korean military exercises scheduled to start on Monday that North Korea sees as a rehearsal for war.

“Given that the U.S. and the puppet forces of South Korea continue staging nuclear war exercises against us in particular, we will take countermeasures for self-defence which will include missile launches, nuclear tests and all other programmes,” a statement carried by North Korean state media last Friday said.