President Barack Obama said on Thursday he had authorized U.S. air strikes against Islamist militants in northern Iraq. He had previously warned the Islamic State of Iraq and al-Sham, or ISIS, not to start threatening the strategic city of Erbil.

ISIS reportedly trapped about 40,000 Christians and members of a religious sect called the Yazidi on Mount Sinjar near Mosul. “Today, America is coming to help,” Obama said. “These innocent families are faced with a choice: descend and be slaughtered or stay and slowly die of hunger,” he said. “We can act responsibly to prevent an act of genocide.” 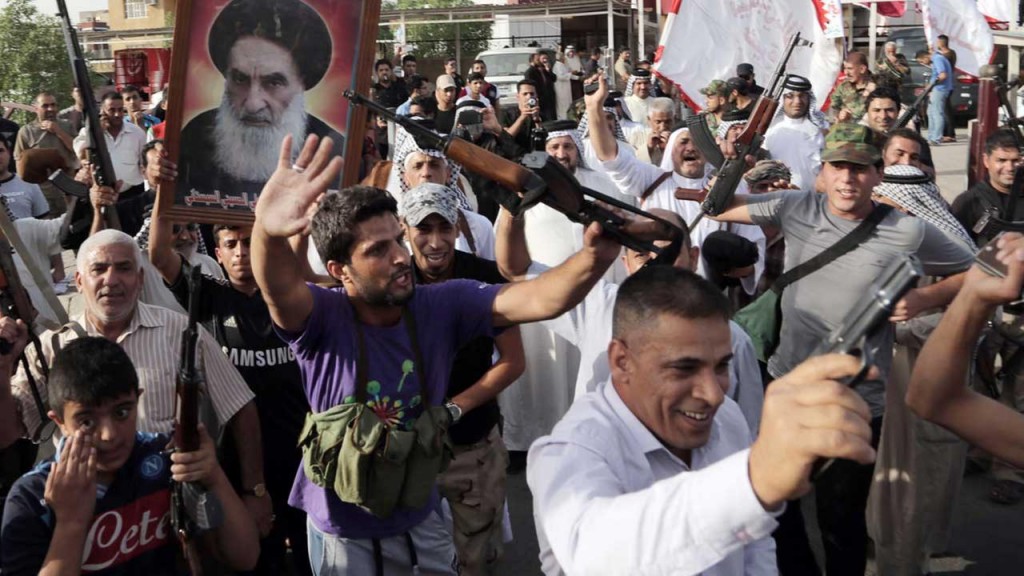 Among main concerns are the dozens of Americans from the consular staff, as well as military advisers working with the Iraqi military in Irbil, the largest city in Iraq’s Kurdish region. Obama said Thursday he’d directed the military to take targeted strikes against Islamist militants “should they move towards the city.”

“There is no decision that I take more seriously than the use of military force,” Obama said. “I have been careful to resist calls to turn time and again to our military. But when the lives of American citizens are at risk, we will take action.”

Yazidis are seen by the ISIS as “devil worshippers.” Fearing execution, many Yazidis left their hometown of Sinjar as ISIS commenced a humiliating defeat on Kurdish forces during the weekend in northern Iraq.

The capture of Qaraqoush, Iraq’s biggest Christian city, and at four other nearby villages, brings the group close to the edge of the Iraqi Kurdish territory and its regional capital, Irbil.

However Obama has said little about how the airstrikes will actually be deployed. However, the militants “have called for the systematic destruction of the entire Yazidi people, which would constitute genocide.” And this is what The President is trying to prevent. No U.S. airstrikes have yet taken place.

Meanwhile Pentagon officials said U.S. planes had dropped “critical meals and water for thousands of Iraq citizens.” According to the Defense Department, U.S. planes dropped 72 bundles of supplies, including 8,000 ready-to-eat meals along with thousands of gallons of drinking water for the threatened civilians near Sinjar.

The mission was conducted from multiple airbases supporting one C-17 and two C-130 transport aircrafts, a defense official said. They were escorted in their mission by two F/A-18 Hornet combat jets.

Obama insisted he would not commit ground forces and had no intention of letting the United States “get dragged into fighting another war in Iraq.”