Apple has recently submitted documents that could suggest that the enormous company is planning on releasing Siri for desktops. Apparently, a Siri-like digital assistant is a possibility as details within those documents have shown that Apple might be planning to include Siri in a desktop environment.

According to the information contained in those documents, some methods and systems that relate to interfaces created for the interaction with digital assessments have been disclosed. These digital assistants could be invoked on user devices with gestures that follow predetermined movement patterns (that occur on touch-sensitive surfaces on the device). 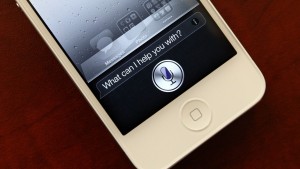 Users hat have already been using OS X Yosemite (the next operating system that Apple has created) haven’t reported encountering Siri on their computers. This could mean nothing, as the company always tries to impress their audience and might just be saving the release of desktop Siri for the final release.

The tech powerhouse at Apple has been indeed working on the launch of Siri on desktops for some time now. So now that the company has published its patent application on Thursday, it’s more than clear that the voice-activated assistant will be appearing on our desktop screens sooner rather than later.

The patent document is 92 pages long and is entitled “Intelligent digital assistant”. Within the document, Apple describes in detail how their users might someday interact directly with their machines by talking to them and performing several other tasks. The document was filled earlier in 2014 and does not identify Siri by name. However, it describes how such a digital assistant could exist on a desktop and how the application could be activated (either by voice commands or via keyboard combinations or mouse gestures).

Currently, Siri is only available on mobile devices as opposed to Mac computers, where the only voice-based functionality involves a dictation tool.

Within the patent documents, a rather interesting piece of information is connected to a “third hand”. This element could permit users to instruct their voice-activated assistant to perform independent tasks during a work session where several applications are running simultaneously.

Consequently, you could, in theory, instruct Siri to search for songs on YouTube while finishing up a PowerPoint presentation or ask her to pull up content or information from programs that are running in the background.

Siri could also be used to organize folders, move files in the computer and manage the desktop.
Apart from this and some other features, Siri would still remain the same as in the IOS version.