You are here: Home / National News / An American Citizen Fighting Alongside IS was Killed 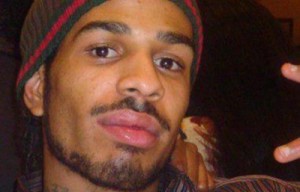 According to the White House, an American citizen was killed in Syria where he was reportedly fighting alongside jihadis of the Islamic State (IS).

33-year old Douglas McArthur lived in California and was an aspiring rapper before he joined the Islamic State overseas before he flew to Syria to join Islamic State fighters.

McCain was one of three foreign-born jihadists, including a Tunisian and an Egyptian, killed in the gunfight in the northern Syria city of Marea. The battle erupted after the ISIS radicals attempted a sneak attack on a group of Free Syrian Army fighters, the White House announced Tuesday night.

“Douglas McArthur McCain was in Syria and we can confirm his death, without giving more details,” it was reported Wednesday citing National Security Council (NSC) spokeswoman Caitlin Hayden’s statement. “We continue to use every tool we possess to disrupt and dissuade individuals from travelling abroad to participate in jihad,” Hayden added.

Photos of McCain’s passport and of his body, which feature a distinctive neck tattoo, have been seen. According to an activist linked to the Free Syrian Army who also saw the body and travel document, McCain was among three other foreign jihadis fighting with ISIS who died during the battle.

“The reason for the trip was hidden from me,” a family member said. “I didn’t think anything of it. Allah was with him. He’s been overseas before, so I figured he would be back like before.”

However it’s still unclear how much his family knew of his travel purposes. They told reporters on Tuesday they had thought he was in Turkey and hadn’t known he had begun fighting for the Islamic State. “I really don’t understand why and how and I have no words,” his sister said in a Facebook post. “I never thought this will be the way we say goodbye. … This is absolutely unreal to me I love you big brother.”

More than 10,000 foreign fighters are believed to be fighting with ISIS alone, which has 8,000 to 10,000 native fighters of its own, James Gelvin, a professor of Middle East history at the University of California-Los Angeles explained.

Moreover several dozen US citizens have moved to Syria to fight alongside radical groups, including the IS. “The threat we are most concerned about to the homeland is that of fighters like this returning to the US and committing acts of terrorism,” the source said.

In June this year the IS declared an Islamic Caliphate in the large territory it controls in Iraq and Syria, extending from the Syrian province of Aleppo to Diyala in Iraq.