You are here: Home / Health / Amazing Breakthrough for Cinderella Cells 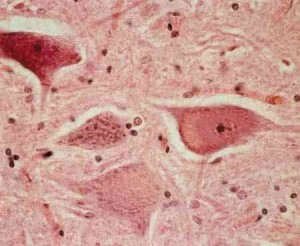 The specialized cells that end up forming the spinal cord, bone and muscle tissue inside a growing embryo are called Cinderella cells and now, for the first time ever, they have been produced inside a laboratory using stem cells. This amazing new discovery can lead the way for countless new treatments.

These Cinderella cells are neuro-mesodermal progenitor cells (NMPs). These NMPs are told what they should turn into by different chemical signals in a growing embryo. Up until now, scientists have managed to create, using stem cells, different types of cells including nerve and bone cells, but for the first time ever, they’ve managed to create NMPs, these Cinderella cells that can turn into anything.

What is the difference between creating a nerve cell from a stem cell and creating a nerve cell from a NMP cell? Well, the resultant cells resemble the naturally occurring cell better, it’s that simple. Bringing cells into this intermediate NMP type of cell is an amazing breakthrough in medicine, one whose ramifications we’re still trying to grasp.

In order to create these Cinderella cells, the researchers have studied the natural process inside a petri dish. They’ve managed to mimic the natural process and trick mouse and human cells into becoming NMPs which they turned into spinal cord cells.

Dr. James Briscoe, research team leader from the MRC National Institute for Medical Research at the University of Edinburgh, had this to say about the amazing breakthrough:

The real breakthrough for us was realizing that we had to coax the stem cells into this intermediate ‘stepping stone’ cell type before turning them into spinal cord and muscle cells. We can’t yet produce the tissues themselves, but this is a really big step. It’s like being able to make the bricks and raw materials but not yet build the house.

Amazing advances in stem cells research have been made in stem cell research, but growing NMP cells that turn into spinal cord cells is something that has never been achieved until now. Dr. Briscoe thinks he knows why:

The spinal cord, however has remained elusive because the NMP cells have largely been overlooked – even though they were first discovered more than 100 years ago.

Growing NMP cells in the laboratory will allow scientists to learn more about embryonic development and even allow them to grow human tissue.

NMPs are important because they’re the source of the spinal cord and most of the bones and muscles in our body. But they have been like Cinderella cells. Although recognized for more than a century in the embryo, they’ve tended to be ignored by scientists trying to make these cell types in a dish. We hope this work will bring them out of obscurity and highlight their importance.