You are here: Home / National News / 40 People Were Killed During Gaza Cease-fire 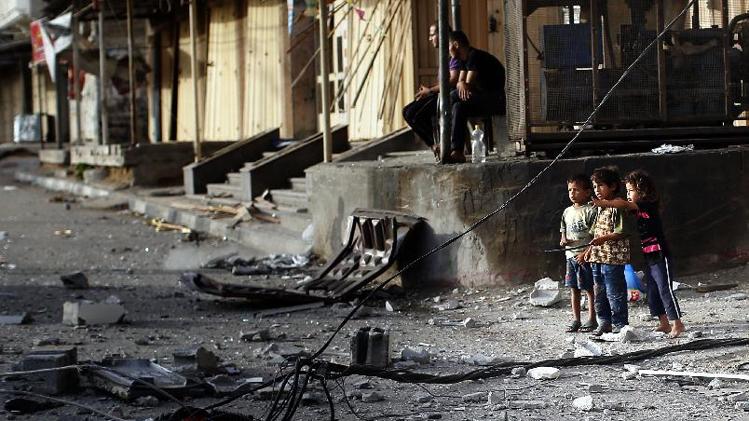 According to the Palestinian Health Ministry, about 40 people were killed and 150 injured in Gaza today despite a planned 72-hour cease-fire between Israel and Hamas. The cease-fire was supposed to take effect at 8 a.m. local time and was negotiated by the United States and the United Nations.

“If corroborated, this would constitute a serious violation of the humanitarian ceasefire in place since 8 a.m. this morning by Gazan militant factions, which should be condemned in the strongest terms,” the statement said.

During the 72-hour truce, Israeli and Palestinian negotiators were supposed to urgently head to Cairo for further formal talks on how to end the conflict, which so far has resulted in the deaths of more than 1,400 Palestinians and 64 on the Israeli side. William J. Burns, the deputy secretary of state, along with Jonathan Schwartz, a State Department legal expert who has worked on the Middle East peace talks, were supposed to join them in Cairo.

However U.S. officials announced that Israel along with the United States would not sit across the table from Hamas, which the two countries, along with the European Union, consider to be a terrorist group.

“Once again, Hamas and the terror organizations in Gaza have blatantly broken the cease-fire to which they committed, this time before the American Secretary of State and the U.N. Secretary General,” Israeli Prime Minister Benjamin Netanyahu’s office said in a statement.

About two hours after the truce went into effect, Israeli tanks and artillery opened fire in the southern Rafah area. Eight rockets and mortar bombs were fired from Gaza towards Israel, according to a military spokeswoman. Most of Hamas’s rockets have landed in unpopulated areas or been destroyed by Iron Dome, Israel’s missile defense system, but the tunnels have made it possible for Hamas to stage multiple attacks in the last couple of weeks and kill some Israeli soldiers.

Under the truce, Israeli forces could have continued sealing the tunnels Hamas has constructed to sneak into their country, while the Palestinians would have received food and medicine and take care of their wounded.

After the ceasefire began this morning, Gaza’s streets began to fill with Palestinian families going back to their homes to see what was left.

Israel launched its offensive in Hamas Islamist-dominated Gaza on July 8, 2014, with air and naval bombardments as a reaction to a surge of cross-border rocket attacks. Tanks and infantry pushed into the territory of 1.8 million inhabitants on July 17. International calls for an end to this bloodshed became more serious after a shelling on Wednesday during which 15 people sheltering in a U.N.-run school in Gaza’s Jabalya refugee camp were killed.