You are here: Home / National News / The 100th anniversary of Great Britain Declaring War on Germany was a Moment of Past and Present Commemoration

In spite of the bloody conflicts in Gaza and Ukraine, On Monday, European leaders gathered in Belgium for the centenary of Britain’s declaration of war on Germany. Thus they marked the 100th anniversary of Great Britain declaring war on Germany, event, which was the beginning of the First World War. 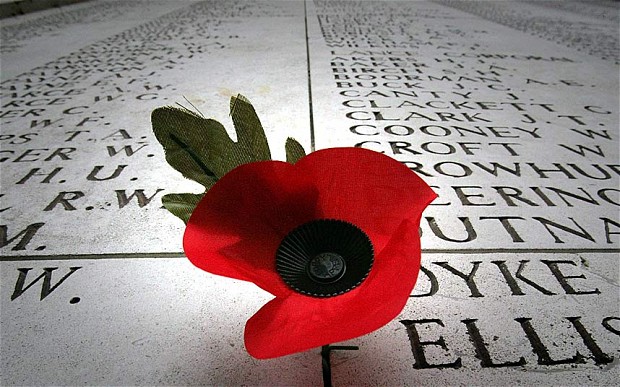 In 1914 British Prime Minister Herbert Asquith announced that Britain was to enter the war after Germany had violated Belgium’s neutrality. The First World War or the Great War lasted until 11 November 1918 and is recognized as one of the deadliest historical conflicts with millions of causalities. A series of events commemorating the 100th anniversary took place throughout the day.

“Sixteen million people perished in World War I,” Deputy Prime Minister Nick Clegg of Britain said in a statement, noting that the conflict was “a war which still shapes the world as it is today.”

French and German presidents began commemoration on Sunday, when they met in France’s eastern Alsace region to lay the first stone of a memorial for French and German soldiers killed in the First World War, also called The Great War.

French President Francois Hollande took advantage of their gathering there and apart from paying tribute to those who were killed between 1914 and 1918, he made his point regarding current conflicts in Ukraine, the Central African Republic and Gaza, appealing for for world peace.

“The events in Ukraine,” Prince William said in Belgium, “testify to the fact that instability continues to stalk our continent.”

Germany had declared war on France on August 3, 1914. It is known that the same day British diplomat Sir Edward Grey stared out his London window and said: “The lamps are going out all over Europe; we shall not see them lit again in our lifetime.”

The United States formally joined the war in 1917, despite being neutral at first. By the time the armistice of November 11, 1918 was made, empires had fallen apart and therefore the world map hat to be redrawn.

The Great War commenced after a series of events that began with with the assassination of Archduke Franz Ferdinand and his wife, Sophie, on June 28, 1914.

Prince Harry read a letter from Private Michael Lennon, of 1st Battalion the Royal Dublin Fusiliers, dated May 30 1915, who wrote to his brother: “Well Frank, I suppose we are for it tomorrow, if we don’t get shelled on the way.” He was killed in action on June 28 1915.