It’s almost here! The world’s first malaria vaccine was submitted for European Medicines Agency (EMA) by GlaxoSmithKline (GSK). The company applied for regulatory approval of a malaria vaccine that is still experimental.

This request is part of a process in which the European Medicines Agency evaluates a product that was made by an EU member state against a disease that the WHO recognizes as a major health interest for use outside the EU. The approval to use the vaccine outside the European Union will undoubtedly change the world.

Malaria is a mosquito borne disease, which killed more than 600,000 people in 2012; most of them were children in the sub-Saharan Africa region. 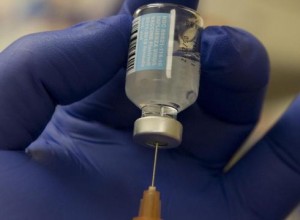 The Glaxo’s vaccine reduces infections by 46% in infants (aged 5 to 17 months) and by 27% for babies aged 6 to 12 weeks old. It took the London-based company 30 years to manufacture a malaria vaccine and it is now finally ready for the review that is going to be the last step before it starts doing some goon in the world.

This is a key moment in GSK’s 30-year journey to develop RTS,S and brings us a step closer to making available the world’s first vaccine that can help protect children in Africa from malaria

Glaxo has invested over $350 million and expects to spend another $260 million on it, according to the statement the company released today. It also said that they are hoping to make a 5% profit on sales of the malaria vaccine, which they are planning to reinvest in research on the disease and other tropical diseases that don’t have a cure or vaccine.

The vaccine is intended for use in the sub-Saharan Africa, after it conducted trials at 13 research centers across the African continent. The vaccine is still far from being perfect: around 15,000 children in 7 countries displayed waning immunity, but still the British drug maker commented that it was:

An effective vaccine for use alongside other measures such as bednets and anti-malarial medicines would represent a advance in malaria control.

What are your thoughts on this matter? Are you excited that the world is so close to finally having a malaria vaccine? Have you ever had malaria? Care to share your thoughts with us in the comment section below? Drop us a line, we would love to hear from you!