The whole world is involved in the World Cup 2014 that is taking place as we speak in Brazil. Today, July 8, 2014, 18 PM CST (17 PM CDT) and 22 PM GMT, the first match of the semi-finals between Germany and Brazil takes place on the Estadio Mineirao, Belo Horizonte. Tomorrow, Netherlands and Argentina will battle for a place in the finals on the Arena de Sao Paolo in Sao Paolo, Brazil, at 16 PM CST (15 PM CDT) and 20 PM GMT. Utah People’s Post brings you a guide to the World Cup 2014 Semi-Finals. 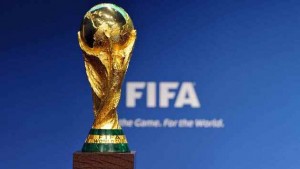 Does Brazil Have a Change Against Germany?

If you’re looking for the too long, didn’t read answer to that question, our answer is that probably no, Brazil won’t win against Germany. So, if you’re going to place a bet with your friends and family, our money is on Germany. Brazil struggled to qualify and you can actually feel the pressure of the nation when it is playing out on the field. Germany was slightly better than Brazil, but not great, as it appear to be amazing only in short spells.

Even though Brazil won the World Cup seven times and Germany only three times, Brazil didn’t impress this year on the field. Besides, in the world ranking Germany ranks number two and Brazil, three. The odds seem pretty similar if you look at just these facts, but considering that Neymar isn’t playing anymore and that Thiago Silva is currently suspended, Germany will most likely be the victorious team this time.

Argentina or the Netherlands?

Our would normally be on Argentina because of Lionel Messi and Angel di Maria. Since Angel di Maria is out of the game for now, the odds are more debatable. The Netherlands are good, but Argentina is a bit better in our opinion, although things can be a bit tight. The Netherlands have Van Gaal, who can undoubtedly contribute to his team’s victory, if he sets his mind to it. He’ll probably do just that, but there are other factors to consider, obviously. Out of the two semi-final matches, this one between Argentina and the Netherlands is going to be the most interesting to watch since it’s so tight.

Our prediction: Argentina 1 – 0 the Netherlands.

Who do you think will win the World Cup 2014? How do these four teams rate in your opinion? Care to share your thoughts on the match that takes place tonight? Drop us a line in the comment section below, we would love to hear what our readers think about the World Cup Semi-Finals.