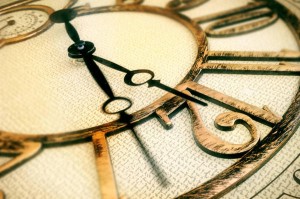 On Thursday, the first ever Utah public forum on the matter of daylight savings time was held in Salt Lake City. The decision taken by businessmen, people who love spending time outdoors, and local parents was to ask local authorities to eliminate daylight savings time. Thus, the state of Utah would be joining the ranks of two other U.S. states that don’t set their clocks back and forward – Arizona and Hawaii. The move to do away with daylight savings time in Utah has been around since 1997, but it has repeatedly gained and lost momentum with the state Legislature since.

The public forum was the biggest one in recent years on the topic and it clearly marked the biggest progress on the issue. When interviewed by The Huffington Post at the event, several locals and professionals explained why they are against daylight savings time. For one thing, says Joe Miller, a computer scientist, it’s difficult for Utah to keep up with its neighbor state of Arizona. Since Arizona doesn’t implement daylight savings time, this leaves the two adjoining states out of sync for most of the year. Then, added parent Adam Milner, it’s difficult for school-aged children to walk to school or to the school bus station in the dark, when the clocks are switched one hour ahead. David Bennett, a local trail runner, said the current policies of tampering with the clock means he loses one hour of running in cool weather on summer mornings.

The forum was attended by about 100 locals and two state lawmakers. Most of the people in attendance oppose daylight savings time, yet one notable exception is Sterling Brown, the representative of the Utah Farm Bureau. According to Brown, the organization has yet to adopt an official position, since its proceedings aren’t really affected by the switch. However, it does have a positive impact on the lives of local farmers, who, in the cold season, have an extra hour of natural light to care for their own crops and animals. Similarly, a local employed father said the extra hour of daylight allows him to stay active and healthy.

Both Representatives who attended the meeting, Ronda Menlove from Garland and Lee Perry from Perry, support the move to eliminate daylight savings time. Ms. Menlove said that several older citizens in her district had personally contacted her about doing away with daylight savings time. Rep. Perry said that he expects the proposal to be voted on in an upcoming referendum. For the time being, however, the proposal needs to be drafted into a bill, which will likely face some legislative obstacles.