You are here: Home / Business / U.S. Economy Grew by a 4% Annual Pace in the Second Quarter 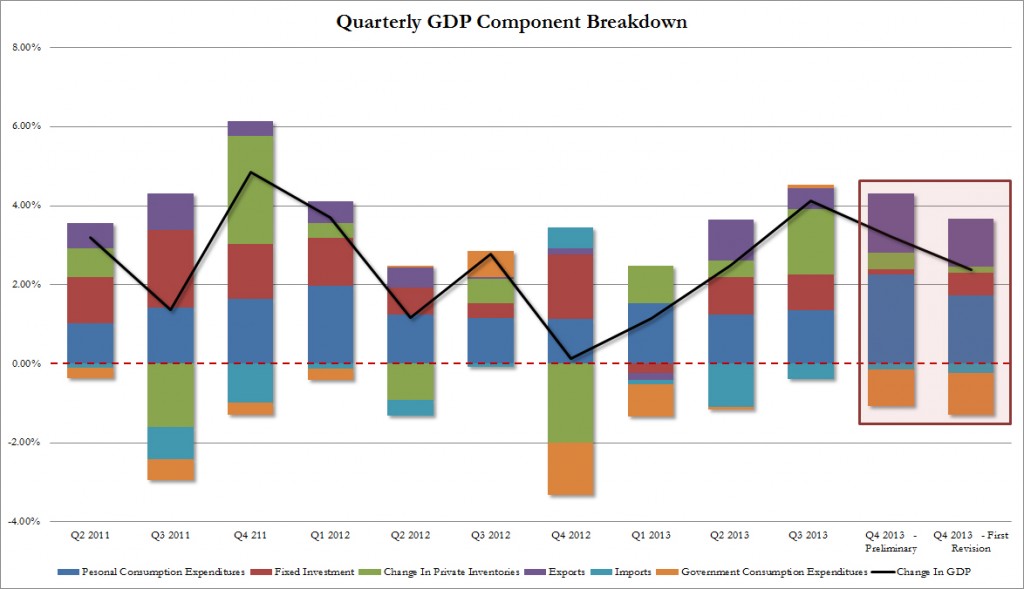 “Some of the past quarter’s growth performance reflects a catch-up from the dismal first-quarter performance,” said Gad Levanon, director of macroeconomic and labor market research at the Conference Board.

This comes as a big surprise, as the U.S. economy was unusually weak in the first quarter of the year. This winter drop was mostly caused by the harshest weather conditions on record, and by an unexpected drop in health spending. In the previous quarter, from January to March, the US economy shrank a revised 2.1% on an annual basis.

Consumer spending, which makes up over two-thirds of US economy activity, grew by a robust 2.5%, while business spending increased by 14%/

Moreover the Commerce Department figures proved that inflation, as measured by a component of the overall GDP report, increased by 1.9%, which is within the Fed’s target, but it represents an increase from the 1.4% annual figure reported during the January-to-March period.

The saving rate also increased to 5.3 % from 4.9 % in the first quarter as incomes rose, which looks well from the point of view of future spending.

But in spite of this good news, the economic recovery still remains the weakest since The Second World War. GDP has grown by just 1% in the first six months of the year.