Two Americans have become infected with Ebola in Liberia. The present Ebola outbreak is the largest and worst the world has ever seen. Several West African countries are affected and the death toll is 672 and growing.

On Saturday, Nigeria confirmed that it was the latest country to confirm their first death by the Ebola virus. Nigeria is Africa’s most populous nation; the victim was a Liberian man who died in a Lagos airport after landing there on Tuesday. Another woman from Sierra Leone was the first person to have gotten the disease in the capital of Freetown. She had escaped medical care and she unfortunately died. Another announcement was made that said that one of Liberia’s most popular doctors, who has also made efforts for finding a cure for the disease, has died after weeks of fighting the virus. 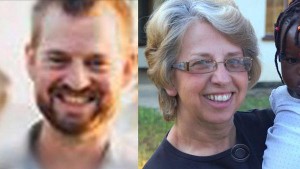 One of the infected Americans is Nancy Writebol, an aid worker from Charlotte. She was working in Monrovia, Liberia with the Christian Serving mission. Although she did not have any contact with the patients, she got sick. Melissa Strickland, a Samaritan Purse spokesperson, told the Charlotte Observer:

We are investigating how that contact could have occurred. Of course it’s a highly contagious disease. … It’s a risk, unfortunately.

The other person who became infected with the Ebola virus is Kent Brantly, a 33-year-old man from Fort Worth, Texas. He is the Samaritan Purse Ebola case management center in the same city of Monrovia. The man started noticing the Ebola symptoms a few days after he sent his wife and children back to the States. He is in isolation, talking with doctors and working on his computer.

The first cases of Ebola in Liberia started appearing in late March. The disease continued to spread through the population of West Africa. There are 1,201 cases of Ebola and 672 deaths, according to the WHO’s latest confirmed numbers.

Health workers are at risk of contracting the disease. Ebola spreads through contact with bodily fluids and it is an extremely contagious disease. Unfortunately, there is no cure for Ebola. The disease is contagious from the moment a person starts showing symptoms.

What are your thoughts on this terrible news? Do you have anything you would like to add to this story? Share your opinions with us in the comment section below, we would really like to hear our readers’ thoughts on this.