You are here: Home / Health / Study Shows that Trees Save 850 Lives Every Year

If you think that super-heroes are the only ones who can save hundreds of lives you are clearly mistaken. A recent study shows that trees save approximately 850 lives every year. Sure, they might not do it in a flashy way, they might not use sophisticated gadgets like Batman, but they are still of great service to the world. According to a new study released this week by the national Forest Service, trees actually save lives. Don’t imagine plants pulling humans out of harm’s way, because that’s not how it happens. 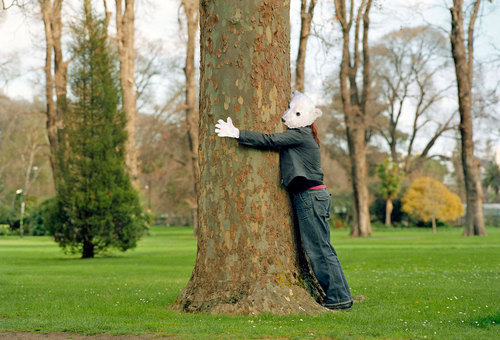 Although it sounds less exciting, trees save people by removing pollution from the air. This ultimately leads to a safer, life for carbon-based life forms which cannot inhale huge amounts of carbon dioxide without falling ill, or risking death.

Even since we were little, our teachers taught us that trees are good and that they should be protected, but this wide-ranging NFS study really puts things in perspective. This studies reveals that they are actually borderline superheroes. Besides the 850 lives that they save each year, they also help people suffering from acute respiratory distress (approximately 670.000 cases per year).

Did you know that hundreds of deaths in the United States are attributable to air pollution? Nitrogen, ozone, sulfur dioxide and nitrogen dioxide and “particulate matter less than 2.5 microns (PM 2.5) in aerodynamic matter” are directly related to certain illnesses.

Also, you might think that 850 lives spared each year doesn’t mean much, compared to the population of the Planet, but if you also take into consideration the prevention of respiratory problems, and alleviation of other respiratory-related illnesses, you will get a staggering number of 6.8 billion dollars saved on healthcare every year. And all of this is possible because trees love their ration of pollutants.

Even more amazing is the section of the study that indicates the fact that pollution removed by trees – approximately 17.4 million tons of it in 2010 – ammounts to 1% improvement of air quality. Of course, this improvement of breathable air is more important for urban areas than rural ones (this is also the reason why so many parks and green areas are being implemented in new urban designs).

The NFS reports that this density ranges from 2.6 percent in North Dakota, to 88.9 percent in New Hampshire. In other words, you should thank a tree today for filtering the clean air that you enjoy so much.