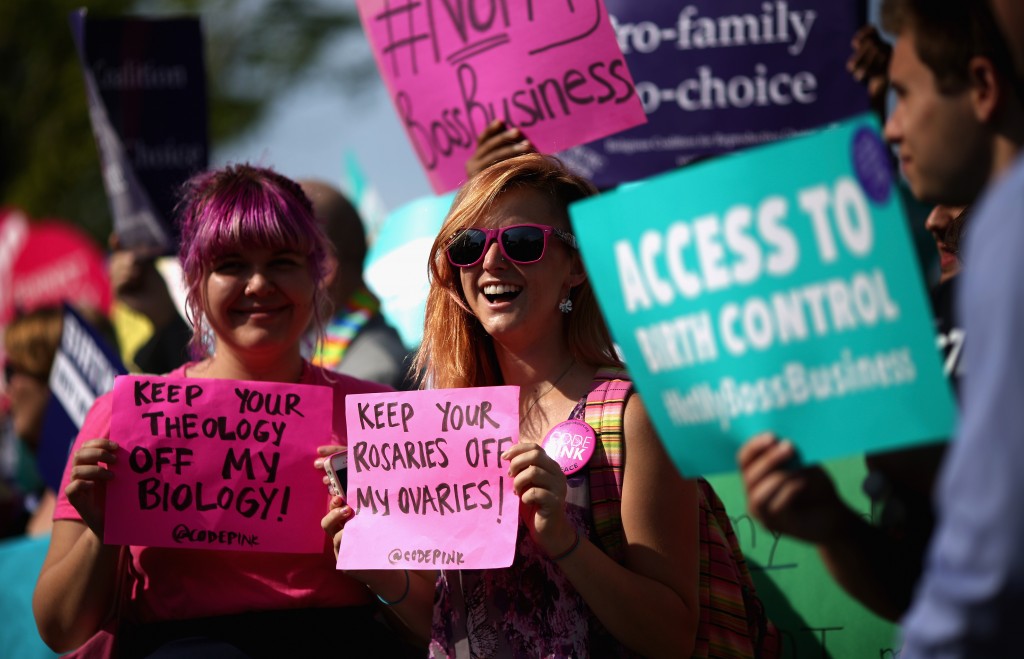 Since yesterday, the American life seems to have gotten divided into two separate factions:

A. the ones who appraise the Supreme Court’s favorable ruling for closely – held corporations to decide on their female employee’s healthcare plan based on the employer’s religious views and

B. the one condemning the very idea that from now on, for – profit organizations can make use of religious beliefs to undermine federal laws.

It is a steep debate and it will be an even fierce battle from now on, as such legal premieres won’t leave without a long – term echo.

Back home in Utah, two major religious organizations, the Catholic Church (shepherd of the state’s 300,000 Catholics) and The Church of Jesus Christ of Latter-day Saints both agreed that the Supreme Court’s ruling is a demonstration of religious freedom and a sign of respect to this freedom.

According to the Salt Lake Tribune, major religious organizations in Utah believe this historical moment in the American law – making is also a

It also proves once again that

the court’s decision respects the sanctity of an individual’s well-formed conscience by recognizing the undue burden the contraception mandate places on employers who believe in the dignity and sacredness of human life, as per Bishop John C. Wester, leader of the Utah Catholic Church.

While Catholics oppose any form of contraception, family planning and termination of pregnancy, the other ones don’t condemn birth control with the fiery pits, but don’t encourage it either, leaving this decision to the couple.

However, if you take a closer look to the LDS Church’s archives, you will find out that the church’s employees, while benefiting from health coverage, don’t benefit from contraceptive methods, as birth control is only covered when it is medically necessary in resolving health conditions.

There are a lot of things to be said about the Supreme Court’s favorable ruling for Hobby Lobby and Conestoga Wood and a lot of things that cannot be predicted yet, as the implications of this ruling are yet to be witnessed. However, there is little to no ambivalence in this case. Most people already chose a side to fight for and they won’t stop here.

Other Utah officials are not so happy with this decision, against the overall joy of religious groups. Karrie Galloway, the CEO of Planned Parenthood Association of Utah clearly states her disappointment and confusion with the court’s ruling and the future door to more disappointment this ruling might open:

I’m pretty discouraged. Here we are in 2014 and an employer can decide whether their employees can have access to contraception through their health care benefits regardless of whether it’s good public health or not.

Legal analyst Greg Skordas also considers the ruling had nothing to do with the Constitution or the First Amendment. Moreover, he thinks that on a long – run, this particular precedent will lead to future problems we don’t even imagine yet:

However, Utah’s congressional delegation and Senator Orrin Hatch applaud the decision and after all, this is what that matters most, doesn’t it? Have politics shake hands with religion for the greater good of mankind…