You are here: Home / Health / Study refutes link between measles, mumps and Rubella vaccines with Autism

A latest review of vaccine safety in children has dismissed any association between vaccines and autism, saying serious reactions to vaccines is rare among the kids.

The review may act as a big mind changer for the parents as many of them have opted for not vaccinating their tiny tots in the recent years on fears of vaccine-autism link.

The researchers conducted study on childhood vaccines during which they analyzed 20,000 reports published from 2010 to 2013 and determined that immunizations do not lead to autism. The researchers are hoping that the findings will dissipate fears propagated by anti-vaccine campaigners such as Hollywood stars Jenny McCarthy and Jim Carrey.

Dr. Carrie Byington, in an editorial accompanying the review said, “The findings should be reassuring to parents of young children and to the clinicians who care for them.”

Byington is professor at the University of Utah’s Department of Pediatrics. 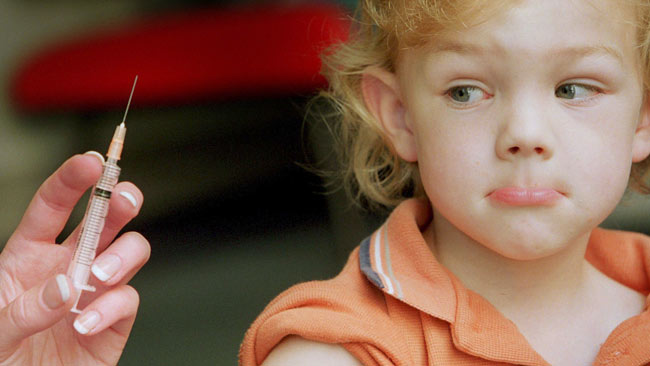 Vaccines have played a very significant role in eradicating some infectious diseases, besides controlling rates of several other diseases like smallpox, polio and measles, the review said.

According to the editorial, “Despite knowing the fact a big number of parents who hesitate to vaccinate their children has increased in recent years. Exemptions from vaccines, for personal beliefs, have been linked with outbreaks of infections such as measles.”

For the study, the researchers referenced 67 scientific papers out of the 20,000 to expose the low-risk factors of vaccinations.

Co-author Margaret Maglione, a policy analyst at RAND Corp, said, “Without this work there would be a lack of transparency around this issue, so by doing this important research in a thorough and systematic way, we acknowledge that there are rare but actual side effects.”

The researchers concluded that there is no association between vaccines and leukemia or food allergies. The researchers further noted that the vaccines for measles, mumps and rubella (MMR) had severe side effects of fever or seizures occasionally. Last but not the least, the study concludes that the “MMR vaccine is not associated with autism.”

The review is published on July 1 in the journal Pediatrics.