You are here: Home / Tech & Science / Solar Super Storms Could Hit Earth at any Time 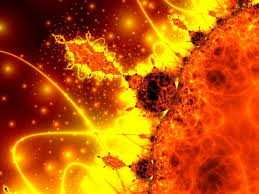 Only two years ago, the Earth was barely missed by the worst solar storm that tore through the orbit of our Blue Planet in the last two centuries. If these massive coronal mass ejections (CMEs) would have come close to our planet, millions could have been left without power and our countries could have experienced trillions in damages. And while this particular storm missed Earth by a bit (if it had hit, the world would be still picking up the pieces according to experts), there is no telling if others aren’t going to miss.

According to astronomers, had the storm happened a week earlier than it did (on the 23rd of July 2012), it would have directly faced Earth and it would have caused tons of highly charged particles to rain down on our planet. These particles make up the Coronal Mass Ejections and they would have reached Earth in one day. Scientists explain that these CMEs would have knocked out our power for months or even years and caused damages of trillions of dollars.

What is worrisome is that future galactic storms are no science fiction. After the July 2012 event, scientists have been analyzing possible future such storms and have concluded that there is evidence to support the fact that such storms might happen and could hit Earth at any time.

Furthermore, according to physicist Pete Riley, who published a paper on solar storms in the magazine Space Weather in February, the likelihood that a solar storm could hit our planet in the next 10 years is at 12 percent.

While the worst solar storm on record took place before the electrical age in 1859 and didn’t cause such an impact at the time (it was only observed by Richard Carrington and became the “Carrington Event”), other solar storms did have great impact on Earth. In 1989 Quebec’s power grid blacked out because of a solar storm, and in 2003 two solar storms in October and November caused transformer failures all over Europe and North America.

The National Academy of Sciences stated in a 2009 report that another Carrington event that would take place today would be utterly debilitating. Because the loss of electricity would influence social infrastructure, water distribution as well as food and medication preservation, chaos would soon set in.

Daniel Baker of the University of Colorado explained that we should prepare ourselves for such events since their impact is still underestimated.