You are here: Home / Health / Six Vials of Smallpox Have Been Discovered in Maryland 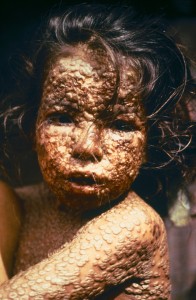 Smallpox was a highly infectious disease that was eradicated more than three decades ago. Due to its eradication, the human population is no longer vaccinated against this disease. The USA and Russia have admitted to possessing vials of the smallpox virus in two laboratories for various reasons, but a staggering discovery has just been made in a storage room at an old laboratory in Maryland, USA. Six vials of the smallpox virus have been discovered in perfect condition.

They were discovered by a scientist that was cleaning up an unused storage room when he found the eradicated disease vials. This laboratory isn’t qualified to keep the virus and measures to safely destroy the vials have been taken.

Thankfully, the vials appear to be unopened, although it is not yet known if the virus inside them is still active or inert. The vials are dated from the ’50 and the samples seem to have been freeze-dried 10 years after the laboratory became active, which means that the virus inside them has a high probability of being inactive. The lab and the personnel have not been contaminated.

Unfortunately this is not the only case of people stumbling over vials of this deadly virulent disease, although it is the first case of unknown storage of smallpox inside the United States of America. Although the entire world went to great lengths to eradicate this disease, two decades ago several vials have been discovered in a lab in Europe and some scientists believe this discovery will not be the only one of its kind.

The CDC and the FBI are investigating this case to discover how it was possible that six vials of the smallpox virus could exist for three decades inside a laboratory without anyone seeing them.

In order to ensure that the world never has to face another case of smallpox every known sample of the smallpox virus needs to be destroyed. The discovery of these six vials of smallpox raises concerns that the disease could find its way back into our society, which would mean an epidemic of epic proportions.

What are your thoughts on this peculiar discovery of six vials of the smallpox virus in Maryland? How do you think it was possible for the vials to remain undiscovered for so long? Share your thoughts with us in the comment section below. We would love to hear what you think about this.