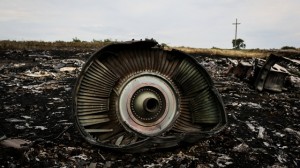 After the plane crash that killed 298 people on Thursday, a ceasefire has been agreed upon and Ukraine has come to an understanding with pro-Russian separatists that a security zone be set up around the crash site. This will allow the orderly and dignified removal of the bodies of those who have lost their lives during the Malaysian aircraft shoot down.

On Thursday, the plane was flying from Amsterdam to Kuala Lumpur with 283 passengers and 15 crew members when air traffic controllers lost contact with the machine shortly before it crashed into eastern Ukraine.

As Valentyn Nalyvaychenko (the Ukrainian head of Security Service) declared, a seven square mile security area has been agreed upon with pro-Russian separatists. Ukraine can now focus on what is most important: identifying the bodies of the 298 victims and returning them to their relatives.

There have been claims that local militia has already begun moving bodies from the crash site and it seems that separatist officials are involved. The Donetsk People’s Republic and its ministry of internal affairs has begun to conduct an unorganized operation and have already been moving several bodies (witnesses claim that there were as many as fifteen bodies laid out on a dirt road near the crash site). Separatist soldiers have even claimed that the bodies were being moved by experts and that while the location in which they will be stored is yet unknown, the separatists would continue to move the bodies and “wait and see”.

Commander Ugriumny (a separatist soldier) added that no bodies were stolen or taken anywhere although operations seem dubious at the least.

Malaysian officials are concerned as to whether or not proper security measures are being undertaken to ensure the correct management of the crash site. Liow Tion Lai, the Malaysian Minister of Transport expressed his country’s deep concern with the situation as well as their desire that the responsible parties be found and brought to justice.

After the safe perimeter had been established, there was an international delegation who received permission to visit the crash site on Friday evening, although their visit was limited (they were allowed to see just a small portion of the site).

The world joins in mourning for the passengers that were on board, among them 80 children, acclaimed AIDS researchers, a nun, a Dutch senator, a spokesman for the World Health Organization, a Malaysian actress as well as a teacher from Sidney.