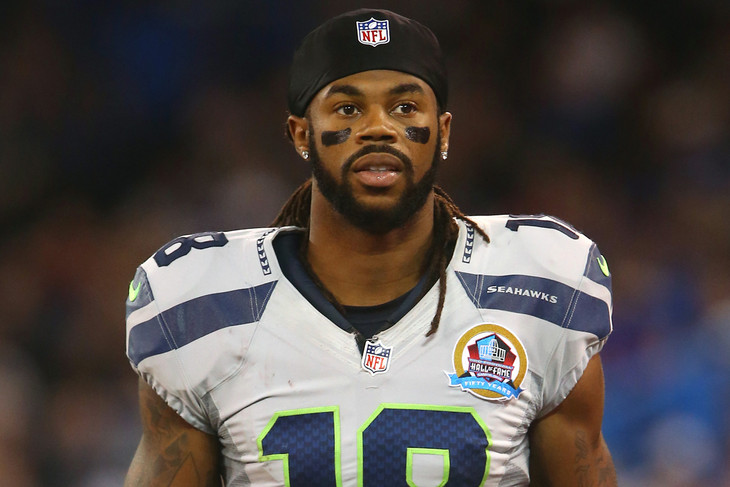 Seahawks wide receiver Sidney Rice, 27, is retiring from the NFL. The announcement was made Wednesday. Rice played seven seasons and has made this decision as a result of an injury-filled career that included issues with concussions.

“I was just thinking about things I’ve been through in the last few years,” Rice said. “I’ve hit the ground a number of times. I have quite a few injuries. It’s something I’ve always battled through and came back from. But I just figure at this point I have the rest of my life ahead of me and I want to be able to function and do things later down the road.”

Despite the $7.3 million cut by Seattle in 2014, Rice returned to the team back in April, and signed a one-year contract. His previous absence was due to his tearing his ACL in a Week 8 win over the Rams. So he was forced to miss the final eight games of the Seahawks 2013 season.

This had happened previously, as he missed other seven games with Seattle in 2011 because of injuries such as two concussions and a sore knee. All in all, in his 7-year career, Rice missed a total of 31 games due to injuries, which equals almost 2 full seasons.

“I have enjoyed my experiences with all of my coaches, teammates and passionate Seahawks fans. I take great pride in knowing I was one of the players signed to help build the foundation of the team that ultimately won the Super Bowl,” Rice said in a statement. “I’ll be joining the 12s in support of the Seattle Seahawks as they take on the challenge to repeat.”

His best year as far as numbers are concerned, was in 2009 with the Minnesota Vikings and catching balls from Brett Favre. During that year he caught 83 passes for 1,312 yards and scored eight touchdowns. It was after that he was named to the Pro Bowl, signing a 5-year and a $41 million deal with Seahawks in 2010.

“The entire organization would like to thank Sidney for his leadership over the past three seasons,” Seattle general manager John Schneider said. “His time as a Seahawks player displayed the core values that Pete and I aimed to bring to the program.”

He’ll end his career in sports with 243 catches and 30 touchdowns, as well as 3,592 receiving yards, 30-touchdown catches, his 2009 Pro Bowl appearance and last but not least, a Super Bowl ring.