You are here: Home / Health / Pradaxa Manufacturer Accused of Hiding Information about its Blood Thinner

Several researchers have made some distressing discoveries regarding a widely recommended drug destined for people with heart woes, heart rhythm disorder, atrial fibrillation (which can cause chest pain, palpitations, chronic storke etc.). In 2010, the FDA approved of a new blood-thinner drug called Pradaxa (dabigatran). It was designed to prevent stroke in people with extremely high-risk. What made this new drug so successful was the fact that it does not require frequent blood tests (which warfarin, a similar, older drug, did). 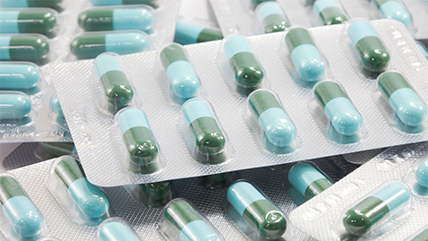 A recent investigation in the BMJ has raised major concerns about this blood-thinner. The report was published on Wednesday, and it claims that the guidelines for using Pradaxa might be incorrect. It seems that the people who approved of Pradaxa did not see drug company information which shows that testing blood levels of the drug will significantly reduce major bleeding problems. A serious side-effect of all anticoagulants is bleeding. This can be prevented by doctors if they conduct frequent blood tests.

As a result Boehringer Ingelheim was accused of intentionally hiding this important information from researchers. As a response, Boehringer Ingelheim said that the drug is effective and safe to use. The BMJ published a series of articles about the best-selling prescription medication.

This discovery was made by regulators in the United States and the United Kingdom. They reported that the company producing the drug has intentionally missed out revealing vital safety information about it. Researchers were probably encouraged to take action after several patients reported bleeding problems.

There is a dire need to know if level monitoring in patients blood will decrease bleeding complications, and in order to do this, scientists from the institute for Safe Medication Practices (ISMP) decided to analyze Boehringer Ingelheim’s data and re-check the effects with proper blood level monitoring.

The results were as expected: periodical monitoring of the drug’s effects could have determined doctors to lower the dose, or temporarily stop administration for patients at high risk.

“Boehringer Ingelheim has failed to share with regulators information about the potential benefits of monitoring anticoagulant activity and adjusting the dose to make sure the drug is working as safely and effectively as possible.” – Deborah Cohen, BMJ investigations editor

According to the analysis, a simple blood testing would have prevented the risk of deaths related to Pradaxa by a staggering 40% percent in all bleeding events. The question here is, why is it such a problem to take a simple blood test frequently, and why hasn’t Pradaxa disclosed this information?

All patients and healthcare service providers have the right to now full details regarding prescribed medication, and any miscommunication can be considered a breach of medicine.