You are here: Home / Tech & Science / People Should Work Less, According to Larry Page (Google’s Co-Founder) 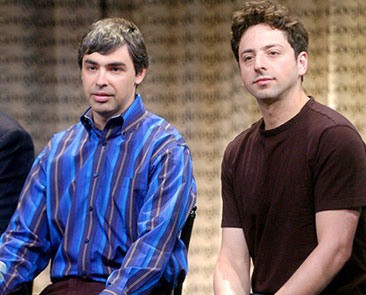 Tech fans and enthusiasts everywhere are delighting themselves with a Youtube interview which has quickly gone viral within the niche. Google founders Larry Page and Sergey Brin sat down together in a rare joint interview which was moderated by Vinod Khosta. During the talk, things like jobs, security and what the future of technology holds for daily human life were discussed. The video was posted on July the 3rd and is called “Fireside chat with Google co-founders, Larry Page and Sergey Brin with Vinod Khosta”.

Since both these names are a very big deal in the field of computer science and business and people are rarely gifted with seeing them together, the interview was a very special event. During a discussion about future trends in technology and labor, Larry Page said that robots and machines should be able to do most of mankind’s work and everyone should be able to work part time while maintaining a relatively high standard of living.

“If you really think about the things you need to make yourself happy – housing, security, opportunities for your kids… it’s not that hard for us to provide these things”, said Larry Page. “The idea that everyone needs to work frantically to meet people’s needs is not true.” According to him, today’s technological possibilities could, if used right, contribute to creating a “time of abundance” in which everyone could have a part time job and relax more. Most of the work needed by humanity could be performed automatically, leaving people with only a part time job necessity.

Larry Page also argued that because of people’s desire to feel wanted and needed and useful, they often end up working in harmful industries just for the sake of feeling productive. This is what encourages some industries that the world doesn’t necessarily need to thrive. Such industries contribute to the destruction of the environment more than they help by the services they provide, according to Larry Page.

Sergey Brin declared that he had to “quibble a bit” with his colleague’s view of future employment trends, but that they still think alike more or less in all aspects. He believes that there will always be more labor required in one part of the world or another, since people usually desire more and more of that thing or another, as opposed to Larry Page’s more optimistic view. But when asked specifically if they ever had a fundamental disagreement on something, both Sergey Brin and Larry Page answered no, stating how alike they’ve gotten to think over time.