You are here: Home / Tech & Science / New Telescope Launched to Prove the Existence of Alien Life 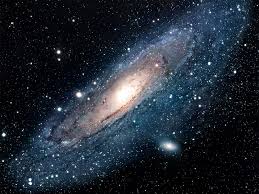 According to a group of top NASA scientists, a forthcoming telescope will eventually help them to precisely detect any other form of life in our Universe. Thanks to data collected by the Kepler Space Telescope, launched in 2009, scientists now believe that nearly every star in our galaxy has at least one planet circling it. They want to prove the existence of alien life.

Therefore the James Webb Space Telescope, which is nearly three times larger than Hubble, will be released into space in 2018. It is capable of detecting whether other planets have the right chemical print to prove they accommodate life. They are particularly looking for gases in their atmosphere, gases that could only be produced by life. But even with a telescope as smart as James Webb, chances of unconditional success are not that high.

“What we didn’t know five years ago is that perhaps 10 to 20 percent of stars around us have Earth-size planets in the habitable zone,” Mountain said. “It’s within our grasp to pull off a discovery that will change the world forever… Just imagine the moment, when we find potential signatures of life. Imagine the moment when the world wakes up and the human race realizes that its long loneliness in time and space may be over.”

In other words what the Kepler telescope managed to prove is the sheer fact that our galaxy is filled with planets. Basically every star in the Milky Way galaxy has at least one planet orbiting it, according to Seager.

Discovering life may also mean unveiling microorganisms that are alive in their essence. Actually this is closer to what scientists actually expect to find.

By 2018, when James Webb will be ready for take off, researchers hope to finish a sunflower-shaped device that will look for other planets because of the simple fact that smaller planets, similar to our own, are hard to find because they shine poorly compared to their host star.

Before the Webb telescope’s launch, the Transiting Exoplanet Surveying Satellite (TESS) will also launch in 2017, to pick up where Kepler left off.