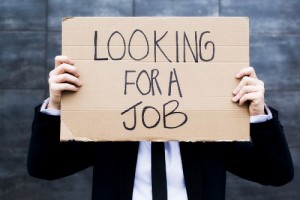 A new report reveals that adults with serious mental illnesses face 80% unemployment. These rates are worse, but there are signs that indicate that they are getting even worse, according to the National Alliance on Mental Illness and a report they’ve just published.

In 2003 23% people who received public mental health services were employed and this year, only 17.8% of them were hired. This means an unemployment rate of more than 80%.

Sita Diehl, director of state policy at the National Alliance on Mental Illness believes that:

It isn’t surprising. We knew that mental health services really took it on the chin during the recession. Employment rates had already been dismal to begin with, and when the supports were eroded, people with mental illness lost support and lost jobs.

The largest rates on unemployment for adults with serious mental illnesses were in Maine (92.6%) and the lowest in Wyoming (56%). Without the needed support, most adults end up on public programs such as Supplemental Security Income and Social Security Disability Income, which are very expensive. Most adults with serious mental illnesses don’t shy away from work, yet this does not show in the employment rates: only 1.7% managed to receive supported employment services in 2012.

There are some programs that help individuals with mental illnesses find and maintain jobs and one of them is the Family and Children’s Center in La Crosse, Wisconsin. It serves 72 people, among which Pierre Thomas, a thirty year old man who suffers from bipolar disorder.

After he was released from hospital, the man ended on the streets. But after paying Family and Children’s Center and being connected with a case worker, or a job person, as he called them, his luck changed and he found a job as a stocker. He and his counselor speak daily about how to improve at the job.

The case of Thomas is a happy one, but so many other adults with serious mental illnesses aren’t so lucky as he was. More centers like the one in La Crosse are needed throughout the United States, but who is going to build them?