You are here: Home / Health / Nationwide Fruit Recall Because of Possible Listeria Contamination 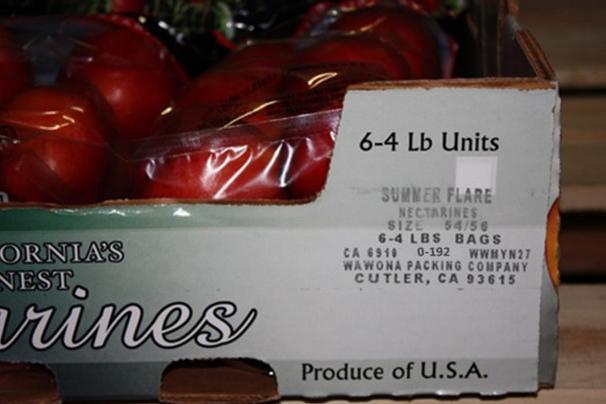 We always hear news of food contamination more often than not connected to meat and dairy products, but on Monday, a nationwide fruit recall was issued by a central Californian company. Specific lots of peaches, nectarines, plums and pluots are being suspected of a possible listeria contamination.

The company is called Wawona Packing Company and deals with produce packing generally. They are voluntarily recalling their produce from the market as a listeria contamination suspicion would surely endanger their consumers.

A press release from the Cutler described the lots that were suspicious of the contamination. The Californian facility highlighted the white and yellow whole peaches, plots, plums and nectarines that had been packed between the 1st of June and the 12th of July this year. The U.S. Food and Drug Administration has approved the voluntary recall that Wawona Packing Co. has started, as a lot contaminated with Listeria monocytogenes could be potentially harming.

Wawona Packing reported that the products that are being recalled were already shipped to retailers and wholesalers and because the locations of the companies who had purchased the products  aren’t known, they decided on the nationwide recall.

The company added that consumers who have bought products with Wawona Packing labels that fit the description (in the link is a full list) should immediately discard the produce.

There have currently been no reported cases of illness in connection to the items that are being recalled. Moreover, Wawona Packing have stated that no further products are suspected of being affected by similar issues and that they are not being recalled.

Internal company testing has actually discovered the contamination and subsequent results showed no further contamination (i.e. they came back negative).

Wawona Packing has been consulting with the FDA throughout this time and they are reviewing processes and making improvements so that such situations won’t arise again. Brent Smittcamp, Wawona Packing President stated that the current recall will surely represent a challenge for the company but that by working with the FDA, they will emerge stronger after the crisis is averted.

Listeria can sometimes cause serious (and even fatal) infections when it comes in contact with those whose immune systems are weakened (especially those of extreme ages). In women who are expecting, Listeria may cause stillbirth or miscarriage. Symptoms of an active infection include high fever, headaches, nausea, abdominal pain, stiffness, diarrhea and more. Make sure to seek out your physician if such symptoms arise.