You are here: Home / Technology / Mobile Start-Up TapCommerce Will Soon Belong to Twitter 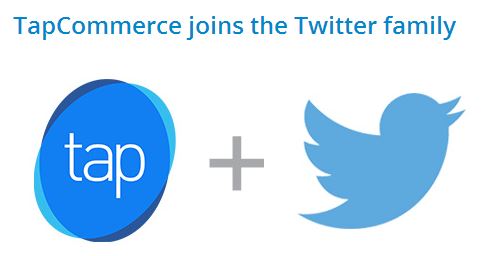 Were you sick and tired of the advertisements avalanche on Facebook? Don’t worry! You can move to Twitter and have a similar avalanche, with the added perk that you can actually download mobile apps directly from your Twitter feed.

Instead of planning for a long summer vacation, Twitter is apparently preparing us a nice one, with loads of mobile apps and downloads to make it even hotter.

In case you don’t know, Twitter tested a “mobile app installs” program starting with April this year and the company considered it went very well. A few chosen advertisers benefited of the beta version of this program and found almost immediate success.

Yesterday, Twitter officially announced that they will roll out the program on a global scale for all advertisers to publish their links to download mobile apps. These advertisements will appear like regular posts on people’s news feeds.

A few hours later, Twitter made a second and even more important announcement: they will buy mobile start-up TapCommerce:

We’re now excited to announce one more important piece of this vision: we’ve agreed to acquire TapCommerce, a leader in mobile retargeting and re-engagement advertising. Consumers are starting to use their phones not just to install and use apps, but for making purchases of both virtual and real-world products and services. Advertisers spend aggressively to get new users, but re-activating existing or previous users can provide just as attractive a return on investment. Programmatic buying is increasingly the method of choice for advertisers and brands who want to buy in mobile, because it allows for more granular targeting and messaging.

While it is easy to understand that Twitter is summoning all the powers of the Internet combined in order to strengthen its position on the market share and get new fans, it is unclear what exactly are the direct benefits for the users, except the mobile app download link, a practice that is not strange to Facebook or other tech giants out there. But, on the other hand, those who enjoy tweeting and downloading a bunch of apps and smartphone games might find these new Twitter upgrades useful.

The company didn’t specify detailed terms related to the transaction between them and the mobile start-up TapCommerce, but some rumors take the numbers up to $100 million for the purchase. Which, for Twitter, is a very large sum.

Since Twitter already lets its advertisers target users by their preferences and interests, this new program, combined with what really TapCommerce can do is a strike of genius from the company’s part, according to some sources.

In a world that turns more mobile every day, allowing users not only to browse the web from their smartphones or tablets, but also download ads and make purchases, Twitter seems to have understood that taking a step in front of the competition is the best way to become profitable.