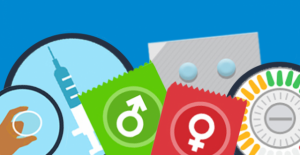 Contraception has been giving women and men headaches since the beginning of time. The discovery of hormone oral contraception has revolutionized the modern world, many believe, but today MIT released a statement which might very well do that once again: apparently MIT predicts wireless controlled contraception is going to be a thing of the present and soon.

MIT has wanted to implant microchips in humans for the past 10 years and it appears that they might just make it a reality with a microprocessor-based and wireless-controlled implantable contraceptive device.

Robert Langer has been going on and on about using microchips to deliver medicine and treatment to people. In 1999 the idea was that chips would have tiny reservoir of drugs kept behind a membrane. When a tiny bit of current would be applied to the membrane, it would dissolve and the medicine would be release. In 2006 the company called MicroCHIPS finally emerged with all approvals and started its pre-clinical work.

After the pre-clinical work was done, the team of researchers followed up with the company’s first clinical trial which ended in 2012. They tested the dispensing of medications that would treat osteoarthritis. Following the clinical work the membrane of the chip was replaced. At first it was a gold membrane and now it is made from titanium-platinum allow, but it operates on the same current and release principle.

What spurred MIT’s involvement in this field? They said that they wanted to create a better contraceptive that would address the common complaints that people have with current contraceptive solutions which are inconvenient and most commonly imperfect. Although there is a long way before we can actually use this wireless technology contraceptive chips, the idea is out there and it’s growing.

The MicroCHIP claims that the wireless-controlled chip could last for 16 years and that the fact that it can be wirelessly controlled would lead women to turn it off and on at will. How amazing would that be?!

While the osteoarthritis medicine chip delivery treatment was a success, MicroCHIPS is thinking about introducing the contraceptive implant in the preclinical stage. The company hasn’t yet filed any application with the US FDA to starts testing, but they are expected to do it soon.

What are your thoughts on chip-borne contraceptives? Would you use them? Do you think they’re safe? How long before our doctor recommends them? Share your thoughts with us in the comment section below, we would love to hear what you think about this controversial subject.