A couple from Maryland have been charged with two counts of abuse and attempted false imprisonment after they’ve kept their 22-year-old autistic twin sons locked in the basement of their home during the night.

John Land (56) and Janice Land (59) from Rockville, Maryland kept their sons locked in their basement during the night for six years straight. They told the police that they had locked the boys in the basement because they had often left the house on their own in the middle of the night. The couple said that the autistic twin boys cannot provide for themselves and are not verbal. 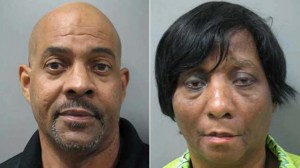 The police was called to their Rockville home for a matter that was unrelated. It didn’t take the police long to discover that the couple had their sons locked in the basement. The police noticed that there was overwhelming smell of urine coming from the room.

The police only found a comforter in the basement; no beds were present for the twins to sleep on. The room also had no smoke detectors and the only window in the basement was too tiny for the boys to go out of in case of emergency.

A neighbor of the couple’s, Sam French, had this to say about the situation:

It’s shameful really. That’s not parenting. I mean that’s just locking someone up for God’s sakes. That’s like being a jailer. Who would do that to their children?

The police revealed that the boys were locked in the basement from 10 p.m. until 4:45 a.m. every single night for the last six years.

Another neighbor, Sharon Drennan, said that the authorities were told of the situation years ago, but nothing happened:

Our son used to be friends with the Lands, and he told us there was a child locked in the basement that was autistic and never left the basement. We made reports to the authorities and — nobody. There’s been cops in that house several times and never removed those children. And it comes to this — this long?