You are here: Home / Health / Liberian Borders Shut because of Ebola Outbreak 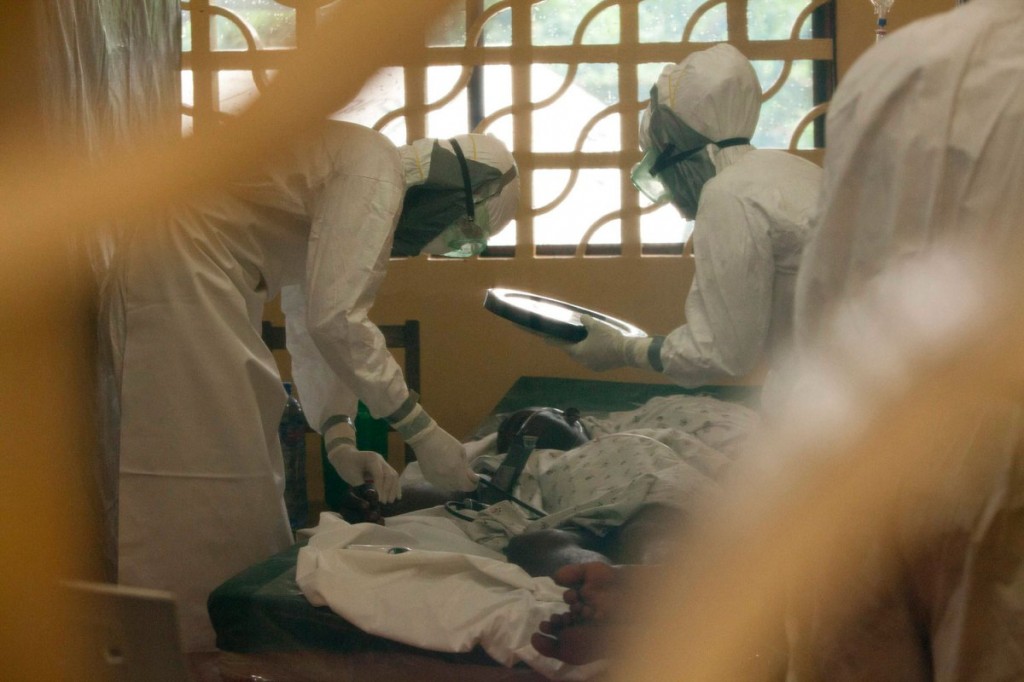 After the largest Ebola outbreak has caused countries like Liberia, Sierra Leone and Guinea to find new resources to deal with the issue, on Monday, Liberia announced that it will be closing its borders. At the same time, the government will be trying to convince citizens of the gravity of the crisis.

The virus started out in Guinea and after five months since it first appeared, it has already spread to Guinea’s West African neighbors. Jerolinmek Piah, spokesman for President Ellen Johnson Sirleaf explained that this crisis has forced them to shut the borders. Additionally, large gatherings such as funerals were also banned according to the spokesman. Health workers were instructed to head to the airport and check travelers there, Assistant Minister of Health Tolbert Nyenswah reports.  There is also a distinct possibility that President Johnson Sirleaf will begin to quarantine certain neighborhoods in Liberian Cities.

Sadly, such measures might not have the desired effectiveness in a country where citizens (including many government workers) aren’t able to accept that the Ebola virus exists and can’t comprehend its epidemiology as a scientific fact. This situation arises due to the fact that certain pastors and self-proclaimed healers claim they have the power to cure the illness, all the while facilitating its spread.

Jerolinmek Piah stated that the public will not be able to afford the luxury of denial for much longer, as the situation escalates constantly, and hopes for a change in attitude.

The current outbreak has caused the death of roughly two thirds of those infected: out of 1,023 diagnosed cases, 660 patients have died. While the virus is not airborne, it can be easily spread through secretions and bodily fluids, and funerals in particular represent excellent vectors for the disease.

Currently, Liberian government has been screening videos depicting the effects of the Ebola virus in movie theaters. Moreover, they have instructed radio stations to air spots that explain the disease and how the virus is transmitted.

Mr. Nyenswah explained that the Ministry of Health is doing all it can but that people love rumors. He has added that the spots and videos seem to be changing some opinions.

The real issue the government has to face is contending with salesmen claiming they have the cure (or vaccine) for the illness. Mr. Nyenswah added that the government keeps reminding the public that there is no vaccine and that medicine men on the streets are falsely marketing their products.