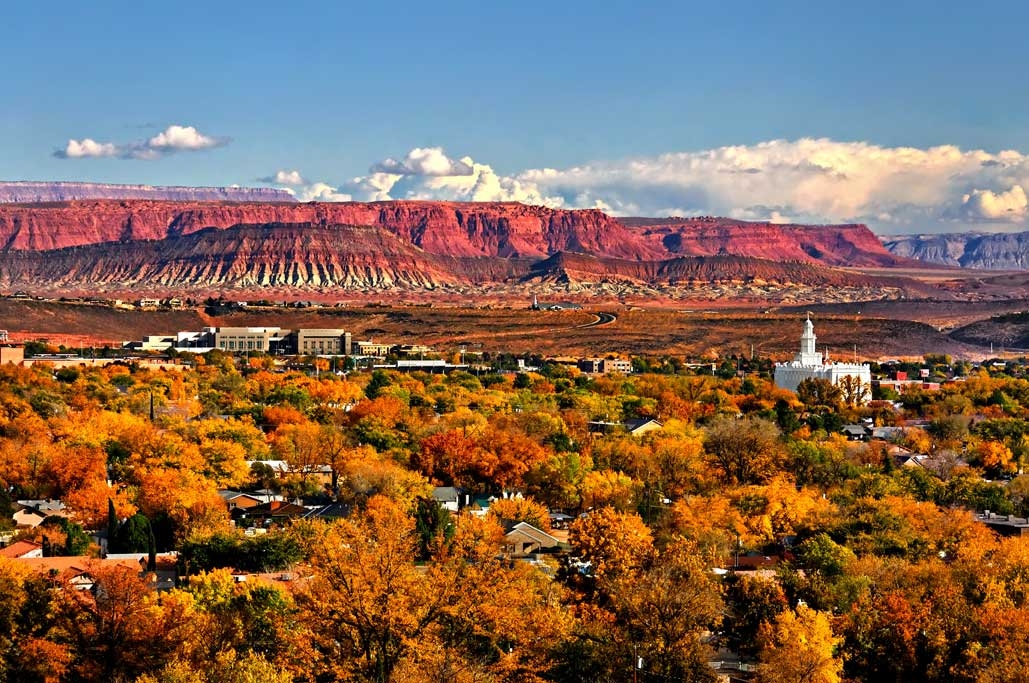 Early July saw the publication of the latest edition of the Utah Climate and Water Report, from the Natural Resources Conservation Service. The study, which analyzes the quantity of precipitation the state saw in June, confirms what anyone living in the southern regions of the state could tell you. The Southwestern Utah Basin, an area of high deserts and redrock, is very hot and very dry. In fact, this particular area of the state did not see as much as a single drop of water in June 2014. By adding up the volume of rain that Utah’s Dixie area saw over the ‘water year’ period of October to June, the total volume stands at a mere 56 per cent of the norm.

Normally, the Dixie area of Utah has a ratio of soil moisture saturation by volume of only 42 per cent. This year, however, that number stands at an even lower 37 per cent, because the area saw no rain whatsoever. The ratio of stored water also came in low, at only 52 per cent – however, that’s an improvement over the 48 per cent recorded in July 2013. How was that possible, given the complete lack of rain this year in June? The authors of the report explain that Utah’s Dixie saw an unusually rainy month of May, with 140 per cent of fallen precipitation of the normal volume.

The report was coordinated by Randy Julander, who is also behind the Utah Snow Survey. According to Julander, the current runoff for the points with unregulated flow in most of central and all of southern Utah still stands resolutely below the average. The northern part of the state is seeing a nearly normal situation, from this point of view. The stream flow readings for the whole state stood at 48 per cent of normal, as of July 1, 2014. That’s still low, but incomparably better than the meager 8 per cent posted for the same time span last year. In terms of soil moisture, southern Utah is very dry, by all standards, but the state’s northern area are reporting normal or near normal levels.

Julander also noted that the amount of stored water across the territory of Utah is experiencing a decline. It currently stands at 66 per cent of the total capacity and it’s on the down low both compared to the previous month (down 5 per cent) and to the same month last year (down 4 per cent). However, according to predictions from the state’s Climate Prediction Center, Utah is looking at almost normal temperatures and precipitations for the July to September interval.