Johnson & Johnson have just announced that they are planning to urge doctors to return their power morcellators that may be linked to the spreading of cancer in women who are treated for fibroids (uterine growths). The news comes as a shock, as the device has been used with success for years.

The controversial surgical device has been targeted in the past with various accusations, but today Johnson & Johnson is finally admitting that there is something wrong with it and that doctors should stop using it on their patients. 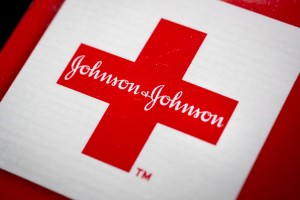 The company’s Ethicon unit suspended the sales and distribution of the power morcellators back in April. The role of the device of treating symptomatic fibroid disease was reviewed by the U.S. FDA and the medical community. The Food and Drug Administration’s response was to advice doctors to cease using the power morcellators until further review.

Today, J&J have taken things a step further and they have reached out to customers and have asked them to return the device. An Ethicon spokesperson said that a worldwide market withdrawal of all Ethicon power morcellators that are on the market is wanted.

The devices are used to cup up the fibroid so that they are easier removed. This way the incision is much smaller and the damage is kept to a minimum. The power morcellators are also used in hysterectomies. The issue with the procedure and the device lies in the fact that some masses are sometimes malignant and if this is not found before the procedure, the cutting up of the mass could potentially spread cancerous tissue and cells throughout the body and make matters even worse.

The company had this to say in a statement they’ve emailed to press outlets:

Due to this continued uncertainty, Ethicon believes that a market withdrawal of Ethicon morcellation devices is the appropriate course of action at this time until further medical guidelines are established and/or new technologies are developed to mitigate the risk,.

Several gynecologists have states that the Johnson & Johnson representatives have told them that the company will leave the morcellator market completely.

What are your thoughts on this news? Do you think that Johnson & Johnson should have recalled the product earlier? Have you ever had an experience with a power morcellator or do you know anyone who has? Share your thoughts with us in the comment section below.