You are here: Home / National News / Israeli Prime Minister Will do “Whatever Necessary” in the Hamas Situation

Benjamin Netanyahu, the Israeli Prime Minister, has made a public statement on Sunday. He has vowed to do whatever he can, and whatever is necessary in the battle with Islamic militant group Hamas.

“Hamas has broken 5 cease-fires (…) They’ve violated their own cease-fires. They are firing on us now… We’ll do whatever is necessary to achieve our goal of sustained quiet.” he said on Sunday 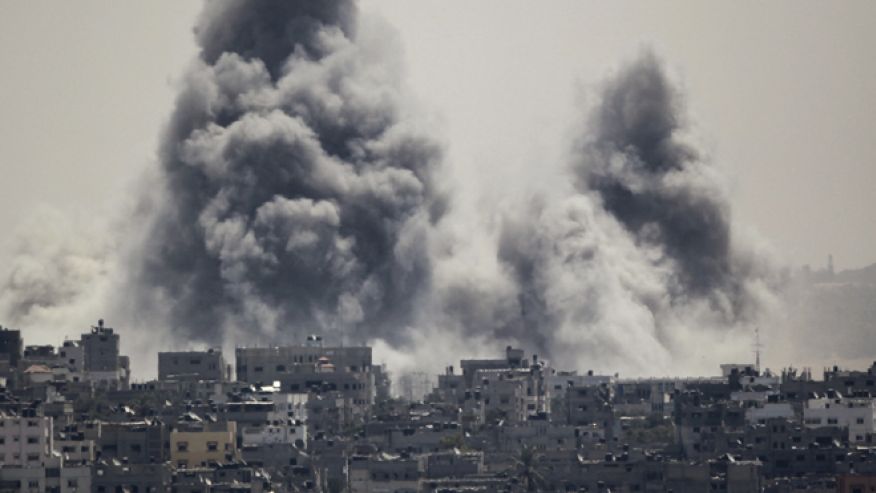 The problem is that Hamas (an Islamic militant group with dominion over the coastal strip) has announced a 24-hour holiday truce in Gaza. However, only a few hours after, Israel began its airstrikes and ground offensive again. They wanted to give a warning to the militant group that was firing a salvo of rockets at the southern part of the country.

Right after Israel made its 24-hour truce announcement, Palestinian militants began to fire rockets into Israel. This has lead to a prompt response from Israel, who resumed their offensive, and tried to destroy the rocket launchers and cross-border attack tunnels of the Hamas.

In recent news, Hamas declared that it is willing to respect a 24-hour humanitarian truce (for the Eid al-Fitr holiday – the Muslim fasting month of Ramadan end). This holiday will begin on Monday and end on Tuesday (when the moon will be sighted).

The truce was expected to go in effect on Sunday, at 2 P.M. local time (7.00 A.M. ET). It never happened. Right after the truce period began, warning sirens in the southern Israel alerted locals of military movements. They said that 3 rockets landed in the area. There were casualties and serious damage.

A spokesman from the Israeli Army, Lt. Col. Peter Lerner, refused to say if they will be respecting the cease-fire time requested by the Hamas, but they admitted that they will continue to demolish militant tunnels.

If the holiday would have occurred during less troubled times, residents would now focus on buying new clothes and getting new haircuts. Business is slow, local people say.

“We can’t feel any joy right now,” – Abul Atta said about the Holiday

The Israeli offered a 24-hour truce on Saturday. However, the Hamas, who has demanded the lifting of the Egyptian and Israeli blockade on Gaza, as well as the release of Palestinian prisoners, rejected it.

“The military is aiming its fire at terror sites, but if citizens are accidentally harmed Hamas is responsible for this since it once again violated an offer for a humanitarian lull that Israel accepted,” – P.M. Netanyahu

Hostilities began on July 8, and since then more than 2.400 rockets were fired at Israel. Many innocent people were hurt (on late Saturday 150 bodies were collected by medics).

The Hamas will only accept a truce if it will allow the withdrawal of Israeli forces to Gaza, and that of tens of thousands of displaced people. At the moment, Israel’s terms are “not acceptable”.