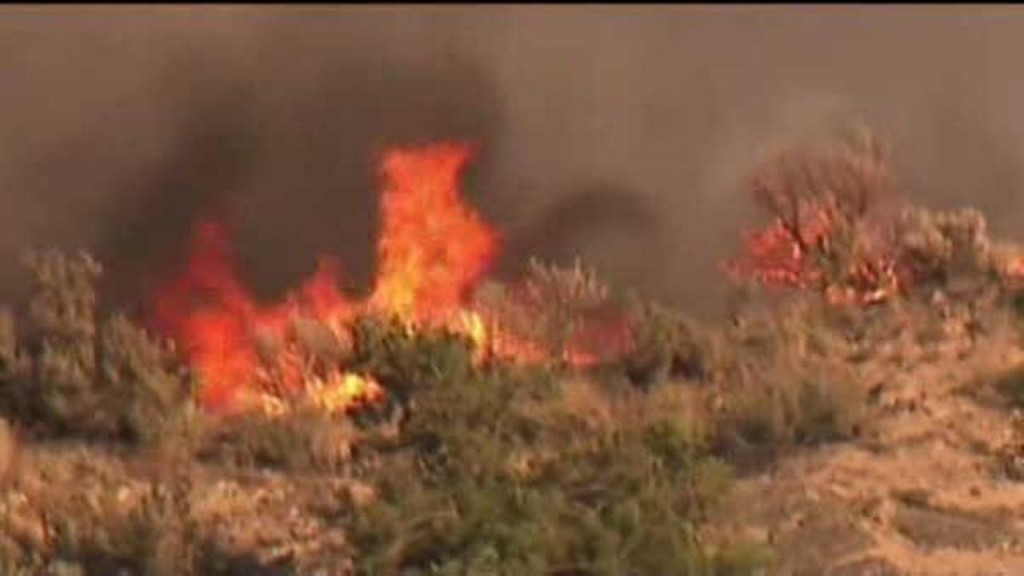 Encouraged by hot temperatures and strong winds, hundreds of wildfires threaten national security, being a menace to hundreds of homes and sending up a towering column of smoke that can be seem all the way from Seattle.

The fire burning near the city of Leavenworth, Washington, forced the U.S. Highway 2, which connects Seattle to eastern Washington, to be temporarily closed. The Red Cross set up a shelter in Leavenworth for residents who had been forced to evacuate.

Moreover residents of 860 homes were asked to move out, while other 800 houses are threatened as well. Washington and Oregon governors declared a state of emergency, therefore state officials are forced to call up the National Guard. As far as Washington is concerned, this declaration covers a total of 30 eastern Washington counties.

Unfortunately none of the incendiary weather conditions such as low humidity, strong wind and high temperatures are likely to change until Saturday. A red-flag alert is to last until 11 P.M. on Friday. Wildfires burned in Nevada, Idaho, Utah, Oregon and California as well.

6,600 acres at Chiwaukum Creek, 23,000 in Entiat Valley, and 36,000 at the Carlton complex caught fire because of lightning. Central and Eastern Washington are seriously endangered.

As far as Utah is concerned, a fire entrenched on buildings in the Tooele County town of Stockton and had managed to destroy about 200 acres. Jason Curry, the Utah Division of Forestry, Fire and State Lands spokesman said the fire burned part of a water tower but hopefully no homes have been destroyed.

A 27-year-old Tooele man has been arrested on charges that he ignited the fire with matches. He was a former firefighter volunteer. Anyhow the cause of the wildfires is under official investigation.

In Idaho, the lightning-caused fire has brought to ruin nearly 50 square miles in two days, being sustained by grass and brushes.

In the southern part of Oregon, a wildfire in Klamath County turned out to surprise the authorities, as they had really underestimated it. Earlier this week, the fire burned the Moccasin Hill subdivision near Sprague River. Fire managers touring the burn area Tuesday said they found 17 residences and 16 outbuildings destroyed.

In Nevada, fire crews are busy dealing with a lightning-sparked wildfire near Reno. Unfortunately the weather forecast announces thunderstorms that could bring new fire threats.