Today, we’re happy to share with you some amazing news about HIV: the results of a study have just been released and it seems that HIV diagnosis rate has dropped considerably in the United States.

The reasons behind this drop aren’t quite clear, but it can mean that fewer infections are happening or that most infected people have been diagnosed and more testing won’t find more cases. Or it can be a combination of both. Either way, this encouraging news is something that should put a smile on anyone’s face.

David Holtgrave from the John Hopkins University and one of the study leaders believes that the U.S. might be approaching what is called a ceiling effect. 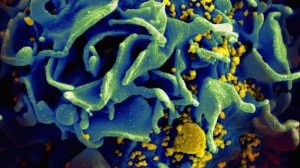 The study was published online in the JAMA (Journal of the American Medical Association) and it is the journal’s special report on HIV research as a part of the International AIDS conference that began yesterday in Melbourne, Australia.

As you know, HIV is the virus that causes AIDS, a disease which destroys a person’s immune system. The WHO estimates that around 35 million people in the world have the HIV virus and that in the U.S. there are 1.1 million who are believed to be infected (those who don’t know that they might be are included in the estimate).

The study draws its information from HIV diagnosis in the health departments from all 50 states in the course of 10 years. This makes this study larger than any previous studies. Its findings are as follows: 16 out of 100,000 people over the age of 13 were diagnosed with the virus in 2011, which is an obvious decline from 24 out of 100,000 in 2002.

This decline rate was seen in both men and women, regardless of their race. The only group in which the diagnoses increased was that of bisexual and gay men. Also, the percentage of adults tested for HIV increased to 45% in 2010 from 37% in 2000.

The CDC’s estimate is that 50,000 new infections happen every year and the numbers have been holding steady in the past 10 years. The scientists don’t know how the new infections are the same every year when the diagnoses are falling. One explanation could be that the infection count might be maintained by the increasing epidemic in gay and bisexual men.

What are your thoughts on this piece of news? Have you ever been tested for HIV? Care to share your story with us? Drop us a line in the comment section below.