You are here: Home / National News / Girl Hit by a Plane on a Florida Beach Dies in Hospital 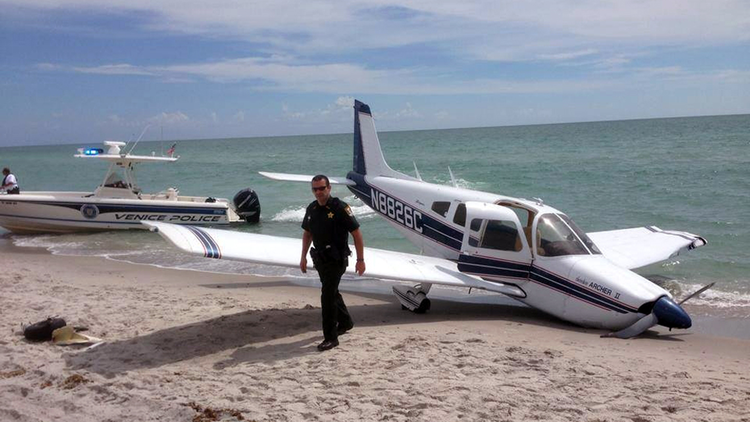 The 9 year old girl that was hit on Sunday by a small plane on a beach in Florida has died in the hospital from her injuries. Oceana Irizzary died on Monday evening at a hospital in St. Petersburg, Florida as confirmed by medical examiners in Lagos, Florida.

According to statements made by the Sarasota County Sheriff’s Office, Oceana and her father, the 36 year old Army Sergeant First Class Ommy Irizarry, were walking together on a beach in Venice on Sunday afternoon. As they were walking, a 1972 Piper Cherokee was forced to make an emergency landing and in doing so, hit both Ommy and Oceana. While Ommy Irizarry was pronounced dead at the scene, the daughter of the soldier stationed at Fort Stewart, Georgia, was brought to the All Children’s Hospital in St. Petersburg after having sustained critical injuries.

The Sarasota County Sheriff’s department had been alerted by the Venice airport at around 2:45 that a small airplane was in distress and needed to make an emergency landing on the beach. The pilot of the plane was identified by officials as 57 year old Karl Kokomoor. Neither he, nor his passenger, 60 year old David Theen were injured in the crass, as authorities said.

Both the National Transportation Safety Board and the Federal Aviation Administration will be looking into the crash and investigating the conditions in which it occurred, while the Sarasota County Sheriff’s department will investigate the deaths of both father and daughter.

It’s still unclear how the plane or its debris hit Oceana and Ommy, but officials explained that the pilot had announced issues with the plane. Several 911 calls also occurred as the situation was unfolding. A woman calling 911 said that the plane wasn’t going to make the airport and that it will land on the beach, while family friends of Oceana cried as they were calling 911. They described the scenes as screams were present in the background. Another man kept the 911 operator informed of Oceana’s condition.

Currently, family members have asked for time as they grieve in privacy for the souls of their family members. They have, however, released a statement in which they thank doctors as well as first responders.

Oceana was about to enter fourth grade and family members described her as kind-hearted, beautiful and intelligent. Her father was a devoted husband who, according to family, would light up a room whenever he would enter.