You are here: Home / Sports / Germany Takes Home the World Cup after a 1-0 Victory Against Argentina 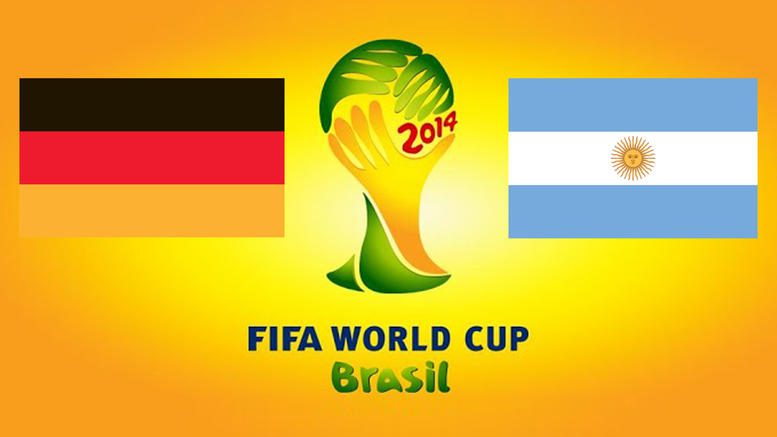 Germany has performed beautiful in this World Cup Series. It has managed to claim a 7-1 win from Brazil a while ago, and today it also snatched a 1-0 score victory from Argentina. The goal, which secured the fourth World Cup Title for Germany, was scored by Mario Gotze at the 113 minute mark. This turn of event was unexpected, and it marks the first time a European team manages to win the World Cup in either North America or South America.

With the last whistle blow, Argentina’s hopes came crashing down, and German bench players raced to embrace their teammates. Angela Merkel, who is on her second World Cup trip also stood up and applauded the team for their performance. Mario Gotze was without a doubt the MVP of the night, and as he realized that his team had claimed victory he wiped a tear from his eyes.

On the other side of the field, Lionel Messi just watched, hands on hips, with no attempt to be consoled. There has been a lot of heated discussion on the subject of Lionel Messi, and how he would never be able to live up to the legend that is Maradona. It seems that the only chance he had of becoming a living legend has eluded him tonight. Although he is not the only Argentina player who can be blamed for the loss, he made some mistakes tonight, the first of which is missing a 9 yards ball (it missed by inches at the far post, and Manuel Neuer, German’s goalkeeper could breathe easily). Another mistake was the fact that he skied a free kick in the final stoppage time.

Although analysts say that Germany seemed like the better team, Argentina had more chances for victory. For example, Gonzalo Higuain missed his opportunity after Toni Kroos shanked a shot from 15 yards. Rodrigo Palacio also failed terribly at what looked like an easy chip in minute 97.

But Messi is not the only one to be criticized by fans and the media. Germany has also had its fair share of discussions. The national team has seen its golden days in the 90s, and although it managed to get into the semifinals in 2006 and 2010, it had yet to claim a major title. It may have been the moral of the German team that assured them the victory tonight. They said that they totally expected to win, and this is also the reason why they entered the field so optimistic and confident.

The last time Argentina beat Germany was in 1986, when Maradona made his epic play (that made him the legend he is today). Nevertheless, the fact that Argentina reached the finals was reason enough for fans to be happy, and a new opportunity to rub salt in Brazil’s face. In the end, it was Brazil who got the last laugh, seeing as Germany emerged victorious.