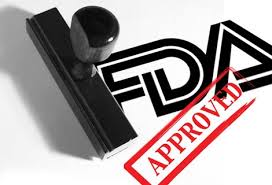 Up till now, genetic tests that would predict diseases or match cancer patients to appropriate therapies or drugs haven’t been strictly regulated by the FDA. A proposal issued on Thursday has stated that these tests should be attentively regulated by the Food and Drug Administration.

What the proposal suggested is that the FDA would review all tests in advance for genetic mutations so as to be able to help doctors and their patients reach the best decision.                A perfect example is the test that Angelina Jolie had done to decide whether or not to undergo a double mastectomy as a preventive measure. She used screening tests performed by Myriad Genetics Inc. As their test showed that the actress was carrying the mutation that is associated with a higher risk of breast cancer, she decided for the operation. The FDA, however, hasn’t approved the tests performed by Myriad or several other companies. In such a case, the agency simply desires to play a larger role in the diagnostic and therapeutic process.

Jeffrey Shuren, director of the Center for Devices and Radiological Health affirmed that appropriate safeguards should be in place, to ensure both patients and healthcare providers of the safeness and effectiveness of the tests they agree to.

Up to now, “enforcement discretion” allowed laboratories to develop tests that wouldn’t generally be regulated by the FDA in spite of the agency’s authorization to review medical diagnostics. According to the agency, they will continue with this approach where screenings in individual laboratories and hospitals are concerned.

They have, however, also found evidence of lab tests that were faulty and such faulty test results could cause either under- or overtreatment in many cancer or heart disease patients. Moreover, patients suffering from other ailments could receive inappropriate therapies.

Starting today, the FDA would like to constantly regulate laboratory tests and they have notified Congress of their decision today.

Laboratories claim that such a modification would only stifle innovation. They added that an additional layer of regulation could do more harm than good and proposed that instead, laboratory standards enforced by the U.S. Centers for Medicare and Medicaid should be constantly updated.

There are some drugs that come in that is called an FDA approved paired test (or companion diagnostics). Such pairs include Pfizer’s Xalkori (for lung cancer) or Roche Holding’s Zelboraf (for skin cancer).

FDA regulations on laboratory tests will depend on the risk that such tests carry. Those who perform similarly to other FDA approved companion diagnostics will have to gain FDA approval before being marketed as they are considered high risk.a