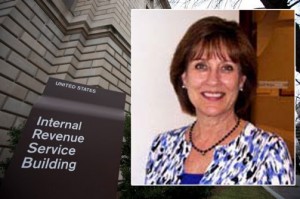 The IRS is currently undergoing an investigation of the manner in which the agency has been treating conservative political groups and, in the midst of these investigations, a new accusation has been formulated toward Lois Lerner. Lerner is a former employee of the IRS, who, according to Republican allegations, may have used one of the agency’s internal systems for instant messaging instead of her official email address. The problem with this is that instant messages can no longer be accessed by the authorities currently involved in investigating the case.

The accusation was made public on Wednesday, about a week after the Internal Revenue System gave investigators access to several thousand emails sent and received by Ms. Lerner. The authorities even received emails that the former IRS employee had lost during a 2011 crash of her work computer’s hard drive. This correspondence was recuperated from the email addresses of the people to whom she had written at the time.

The accusations emerged after the Republican lawmakers involved in the investigation got access to an email thread that Ms. Lerner participated in spring 2013. At the time, the general inspector of the U.S. Treasury Department had just released a report revealing the improper treatment that conservative politicians had been subjected to by agency employees. In the respective email exchange, Ms. Lerner was asking a fellow employee if instant messages are also recorder, for future investigation. She learned they were not and replied “Perfect”. In the view of the Republican lawmakers, this is a sign of relief. According to Republican Jim Jordan of Ohio, “Ms. Lerner says, ‘Wow, I know I’ve gotten rid of the emails when the computer crashed two years earlier, but I’d better double check on this intraoffice instant-messaging capability we have at the Internal Revenue Service,’ and she says ‘perfect’ when she learns that it’s not traceable, not trackable, not stored”. Jordan’s statements came during a hearing of the oversight committee in the House of Representatives.

The investigations have been fraught with tension and complaints from the Republicans. The lawmakers first found out that Ms. Lerner’s hard drive had crashed three years ago only last month. Similarly, the existence of an un-trackable internal messaging system was only revealed to them on July 3. The investigation has been underway for over a year now. Jim Jordan complained to IRS commissioner John Koskinen, cited as a witness in Wednesday’s hearing that they “could have had this six months ago”. In turn, Koskinen replied that he had not been aware of the messaging system’s existence and had never used it himself.