You are here: Home / National News / A Female Caseworker was Killed and a Doctor was Shot in Philadelphia 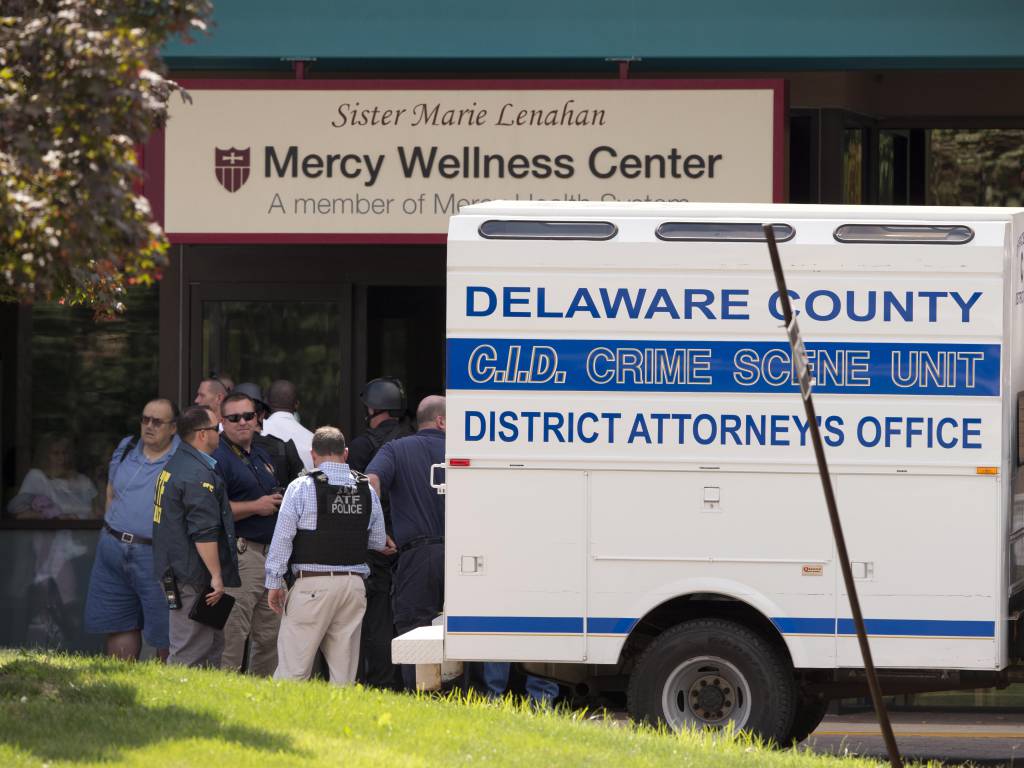 According to officials, a psychiatric patient opened fire Thursday in a wellness center on the campus of a Delaware County, just outside of Philadelphia, Pennsylvania, hospital. A female caseworker was killed and a doctor was shot.

Richard Plotts, 49, the aggressive patient, was then shot by the doctor, who returned fire from his own gun. The gunfire erupted on the third floor of the Sister Marie Lenahan Wellness Center, about 2:15 P.M.

Plotts’ ex-wife said he had previous antecedents regarding violence, as her ex-husband used to abuse her and make threats on her life. “He was violent, physically and mentally,” Plotts’s ex-wife said. “He has threatened to kill me. He’s been violent to my family — parents, siblings — and he’s just never been a very good person.” The couple divorced back in 1999.

4 years before their official separation, Plotts served six years in prison for a Delaware bank robbery.

Two other staffers, another caseworker and a psychiatrist, broke into the office and wrestled Plotts to the floor in the hallway. They were unaware that he was still armed. When they found that out, they managed to disarm Plotts and to secure his weapon.

Silverman suffered a graze wound to the head. He was taken to the Hospital of the University of Pennsylvania. The caseworker on the other hand, died from a gunshot wound that entered the right side of her face and exited her left temple. Plotts is reported to be in critical condition.

Delaware County District Attorney Jack Whelan explained he has “psychiatric issues.” “We’re not exactly sure what had occurred and what might have precipitated this particular incident,” Whelan said. “We do know the psychiatric connection, we have that concern, and however we don’t know if there was another dispute that occurred inside that room that led to these shots being fired.”

As far as weapons are concerned, the hospital actually has a policy barring anyone except on-duty law enforcement officers from carrying weapons anywhere on its campus. Still, breaking the law can sometimes be salutary. “Without a doubt, I believe the doctor saved lives,” Yeadon Police Chief Donald Molineux said. “If he [the doctor] wasn’t armed . . . this guy could have went out in the hallway and just walked down the offices until he ran out of ammunition.”