Logan Stiner was a wrestler and a student and the cause of his death was ingestion of pure caffeine powder. After several investigations, officials have concluded that the pure caffeine powder is being used by teens and adults as a quick way to lose weight. 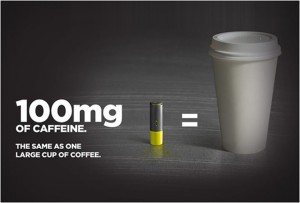 How is this product being allowed to be sold freely over the internet and in health stores  is still a mystery. Those with a heart conditions are most likely to be the first ones to be affected by the consumption of powdered pure caffeine.

The warning message from the FDA:

Pure caffeine is a powerful stimulant and very small amounts may cause accidental overdose. Parents should be aware that these products may be attractive to young people. These symptoms are likely to be much more severe than those resulting from drinking too much coffee, tea or other caffeinated beverages. Parents should recognize that teenagers and young adults may be drawn to these products for their perceived benefits. Pure caffeine products are potentially dangerous, and serious adverse events can result, including death. People with pre-existing heart conditions should not use them.

FDA spokesperson Jennifer Dooren has said that the difference between a safe amount and a lethal dose of caffeine in these powdered products is very small.

Have you ever consumed powdered pure caffeine or do you know someone who has? How did you feel? What effect did it have on you and will you try it again, following the FDA warning? Share your thoughts with us in the comment section below.