You are here: Home / Salt Lake News / ICE Has Delayed Deportation of Utah Mother of Seven 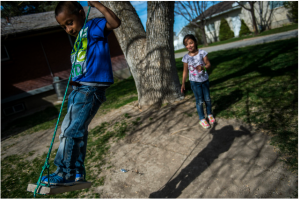 Last year, there was news about Brenda Guzman, a mother of five who immigrated illegally into the country at the age of 6. While supporters of the cause cried for compassion, critics urged the authorities to enforce the laws at all costs. The family’s fight is still on-going. According to the Salt Lake Tribune, Utah, the delayed deportation of the mother & her children is a sign of understanding and compassion. Supporters hope that President Barack Obama will also be compassionate, and address this immigration issue, and other similar situations, with a different, more sensible approach. There is an announcement about to be made that will address the president’s view on immigration problems.

Originally, Ana Cañenquez, a resident of Garland, Utah, and four of her seven children were ordered to return to El Salvador by March 21. At present, they still live in the United States, and the date seems to have been pushed back with no specific deadline being ensued for their departure. Immigration officials declare that the extra time will help her save more money to afford a new home in El Salvador.

Tony Yapias, director of the Proyecto Latino de Utah declares that the vast majority of the community hopes that Barack Obama will more prosecutorial discretion in this matter. They believe that it would be more beneficial for the ICE (Immigration and Customs Enforcement agency) to focus on the removal of serious criminals, instead of focusing on separating families who will not cause problems in the United States. “That is a wiser use of resources” Tony Yapias adds as a conclusion.

The mother’s main concerns are the fact that they would face a life of extreme poverty if they are to return to their home-country. It may actually lead to the death of her four sons since their financial situation is extremely bad. Cañenquez life was extremely difficult in El Salvador. There, she lived with an alcoholic spouse and earned 6$/day for selling treats in the market-place. One of her sons died of malnutrition so she decided to go to the U.S. in order to win more for her family.

After having spent a few years in the U.S., her family was caught by Border Patrol agents as they tried to enter the country. Her current partner in Utah, a Mexican national with whom she has two kids isn’t allowed to return to El Salvador with her, and Ana can also not go to Mexico. This means that the two children will remain with her partner in the U.S.

Until now, Obama has not outlined any specific plans, but he will be announcing how he wishes to act upon this issue on Monday. The U.S. House of Representatives doesn’t want to take up an immigration overhaul this year. We hope that possible actions will be focused on illegal immigrants with criminal records, not families struggling to survive. It is expected that two cabinet secretaries will present their recommendations to the president by the end of the summer.