You are here: Home / Technology / Nokia Leaves a Big Dent in Microsoft Profits 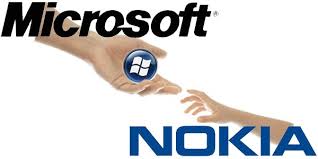 Wall Street estimates are out and it seemed Microsoft topped them with revenue of $23.38 billion. This profit was however shadowed by the purchase of Nokia’s cell phone business.

Shares should have gone for 60 cents a share according to analysts, but The Redmond, Wash, reported net income of only 55 cents per share. And as Microsoft purchased Nokia’s handset business (described by many as hemorrhaging), they set themselves up for a 7.1% decline during their fourth quarter.

Colin Gillis, BCG Partners analyst, affirmed that Microsoft had an extremely strong year’s finish, despite their Nokia hit, especially because of their cloud computing business which had experienced a 140% growth. Nokia revenue, on the other hand, looked a bit different. With an operating loss of $692 million and phone sales revenue of $1.99 billion, the purchase did take some wind out of Windows’ sails.  Gillis also added that the variability in earnings from Nokia was foreseeable and that the expenses would get under control eventually. Moreover, the fiscal year ended very well for Microsoft and Gillis added that the execution was solid.

Microsoft had to cut 18,000 employees (approximately 14% of their workforce), most of them from Nokia, as a plan to reinvigorate the company. Satya Nadella’s wish was to turn Microsoft into a company that is focused, skillful and on top of current trends in mobile and computing technology. Nadella became the CEO in February and made his desire known to his employees that he envisions Microsoft as thriving in a mobile and cloud first world.

Nadella faces difficult times ahead, especially since Microsoft will have a hard time keeping up with the ever shrinking personal computer industry. Consequently, CEO Nadella will have to raise Microsoft’s share of the mobile market. And a further setback would lie in the fact that in spite of the partnership with Microsoft, Nokia handset sales are continuing to fall for the past several years.

Nadella does have the investor’s ears and it seems they have his back. Since Tuesday, shares were up 20% and the projected earnings of the company had been exceeded 17 times. Capital Markets analyst, Daniel Ives, described this upward trend as a step in the right direction in a long line of positive efforts Microsoft has made. He also observed that Nadella is striking when the iron is hot (referring to Microsoft’s move to the cloud) and that his leadership is bringing Microsoft on a path of growth and relevance.