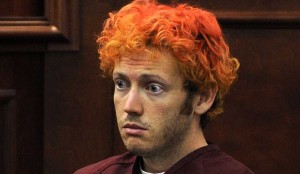 The horrendous Aurora, Colorado mass shootings were scheduled to go on trial in October, with the main suspect, James Holmes, set to appear before the judge and jury. However, on Wednesday, a psychiatrist tasked with completing a further sanity examination on Holmes asked for more time to run his tests. The request conforms to a judge’s order, issued by the Arapahoe County District Court and presented before the public on Wednesday. This is not the first delay in the case of the Aurora shootings, a fact that Judge Carlos Samour is well aware of. According to the judge’s public statement, there was “little choice but to grant the examiner’s request”, even in spite of the fact that a further postponement would upset many of the victims.

The initial schedule had the deadline for the psychiatric exam set on August 15. However, this recently released judge’s order has extended the deadline until October 15. This, in turn, also means the first court date in the James Holmes trial will be pushed back. The new commencement date is to be set during a court hearing scheduled for July 22.

The accusations brought against Holmes are as serious as they come – and there are 166 of them in the case. Holmes is being charged of shooting a firearm inside a full cinema, during a theatric show of the Batman movie “The Dark Knight Rises”, held at midnight in July 2012. The shooting resulted in the death of 12 people, yet Holmes has pleaded not guilty, by reason of insanity. Since his plea is based on the state of his mental health, it certainly makes sense for the authorities to run as many tests as necessary, in order to determine the truth in this respect. Last year, Holmes’ lawyers filed a motion which said their client “suffers from severe mental illness and was in the throes of a psychotic episode when he committed acts that resulted in the tragic loss of life”. The prosecutors in the Aurora case have said they plan to see the culprit sentenced to the death penalty.

Before going on the shooting spree that killed twelve moviegoers and left several others wounded, the Aurora attacker also sprayed tear gas in the theater hall. According to witnesses, after throwing tear gas, he started shooting. Police add that he used several weapons, among which an AR-15 rifle. After the shoot-out, he immediately fled the premises. He was then apprehended outside the building. He told the police that he is “The Joker”, a famous character in the Batman franchise and one of the hero’s nemeses.