You are here: Home / Business / If CNN Ever Goes up for Sale CBS is Planning on Acquiring it 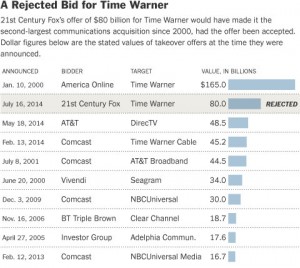 This year has been the year of huge merges between giant companies. On Thursday, CBS Corp Chief Executive, Leslie Moonves stated that he is interested in purchasing CNN. At the moment, CNN belongs to Time Warner Inc’s cable networks. However, Leslie is interested in the purchase only if it will be sold as part of a merger with Twenty-First Century Fox inc. Moonves seems extremely excited by the prospect

“We’ve always talked about doing things with CNN (…) We’ll see. It’s something I’m sure we will look at if that becomes available.”

Reporters from the Television Critics Association meeting asked him if he would be interested in acquiring CNN once Fox decides to sell the channel (if it will decide that way), as part of regulatory hurdles during the Time Warner merger. Initially, Fox’s offer rebuffed. At the moment, the Cable News Network is still owned by Time Warner Inc. The company is awaiting federal approval for its merger with Murdock’s company.

In recent news, Time Warner refused a offer of 80 billion dollars made by Fox, who wanted to combined the two New York Media giants. Time Warner CEO declared that its share is valuated at 85$ a share, so a merger is definitely not beneficial for the company, as it would not be in the best interest of shareholders and investors. It also touched upon the operational and regulatory risks, says the New York Post.

Time Warner is confident that it will be achieving more without having to merge with Murdock’s company, and it is in no way interested in the association.

“Our business plans will create significantly more value for the company and our shareholders, and that’s superior to any proposal that Fox is in a position to offer,”

In spite of the fact that this year has seen incredibly many mergers, Time Warner’s rejected offer remains the largest. In the meanwhile, At&T and Comcast are still pursuing huge takeovers in order to obtain more power (that they will probably leverage against companies like Time Warner, CBS, 21st Century Fox etc).

Things may not be looking bright for Mr. Murdoch right now, but it seems that he is determined to succeed in his mission. He won’t be walking away from this opportunity anytime soon. Murdoch also has a record of pursuing and insisting for companies that do not seem interested initially, but give in in the end.

There is another potential bidder, the ABC network owned by Walt Disney which does not have a cable news channel right now. CNN would greatly help the network.